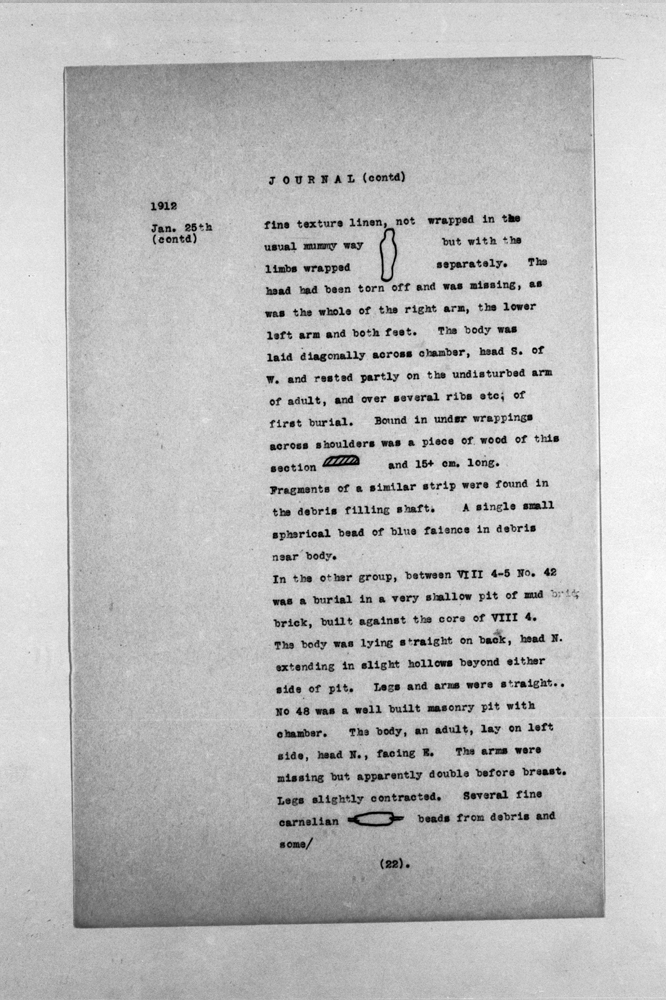 [No. 20 = G 2143 X (continued)]
texture linen, not wrapped in the usual mummy way [ILLUSTRATION] but with the limbs wrapped separately. The head had been torn off and was missing, as was the whole of the right arm, the lower left arm and both feet. The body was laid diagonally across chamber, head south of west and rested partly on the undisturbed arm of adult, and over several ribs, etc. of first burial. Bound in under wrappings across shoulders was a piece of wood of this section [ILLUSTRATION] and ca. 15 cm long. Fragments of a similar strip were found in the debris filling shaft. A single small spherical bead of blue faience in debris near body.

No. 48 [= G 2165 X] was a well built masonry pit with chamber. The body, an adult, lay on left side, head north, facing east. The arms were missing but apparently double before breast. Legs slightly contracted. Several fine carnelian [ILLUSTRATION] beads from debris and some