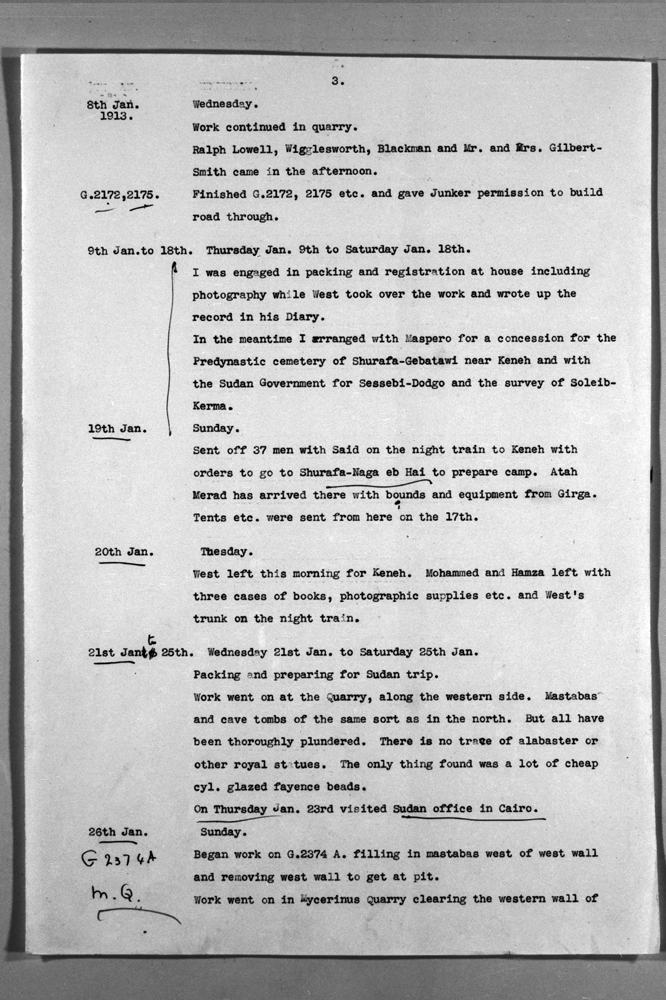 Ralph Lowell, Wigglesworth, Blackman, and Mr. and Mrs. Gilbert-Smith came in the afternoon.

I was engaged in packing and registration at the house including photography while West took over the work and wrote up the record in his Diary.
In the meantime I arranged with Maspero for a concession for the predynastic cemetery of Shurafa-Gebatawi near Keneh and with the Sudan Government for Sessebi-Dogo and the survey of Soleib-Kerma.

Sent off thirty-seven men with Said on the night train to Keneh with orders to go to Shurafa-Naga eb Hai to prepare camp. Atah Merad has arrived there with bounds and equipment from Girga. Tents etc. were sent from here on the 17th.

West left this morning for Keneh. Mohammed and Hamza left with three cases of books, photographic supplies etc. and West's trunk on the night train.

Packing and preparing for Sudan trip.