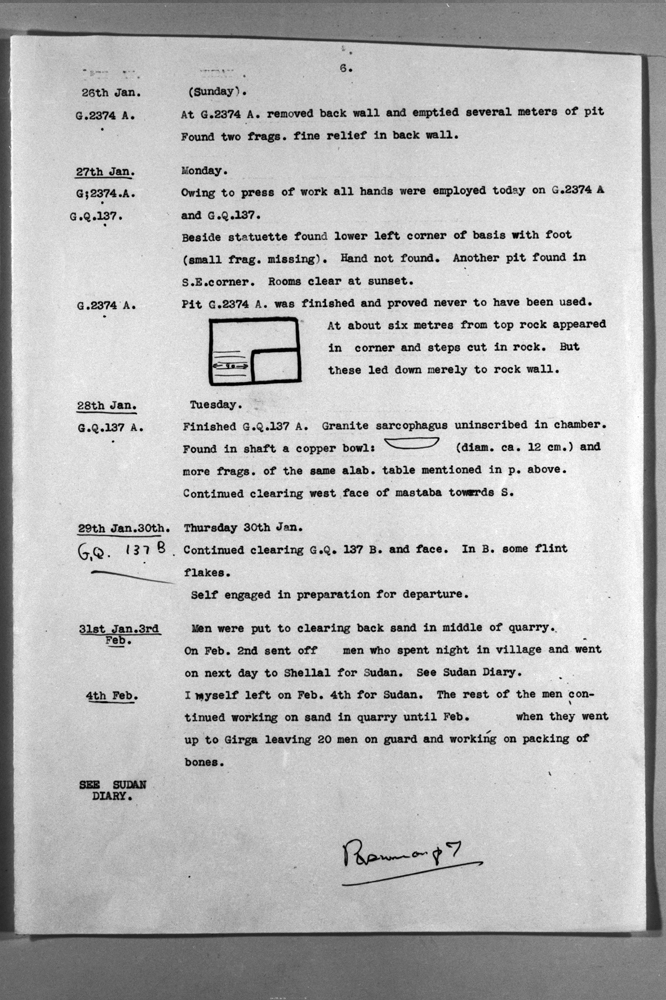 Owing to press of work all hands were employed today on G 2374 A and GQ 137 [MQ 137 = MQ 1].
Beside statuette found lower left corner of basis with foot (small fragment missing). Hand not found. Another pit found in southeast corner. Rooms clear at sunset.

Self engaged in preparation for departure.

[Menkaure quarry cemetery]
Men were put to clearing back sand in middle of quarry.

On February 2 sent off men who spent night in village and went on next day to Shellal for Sudan. [in green u]See Sudan Diary [in green end u].

I myself [in green u]left on February 4th for Sudan [in green end u]. The rest of the men continued working on sand in quarry until February ____ when they went up to Girga leaving twenty men on guard and working on packing of bones.