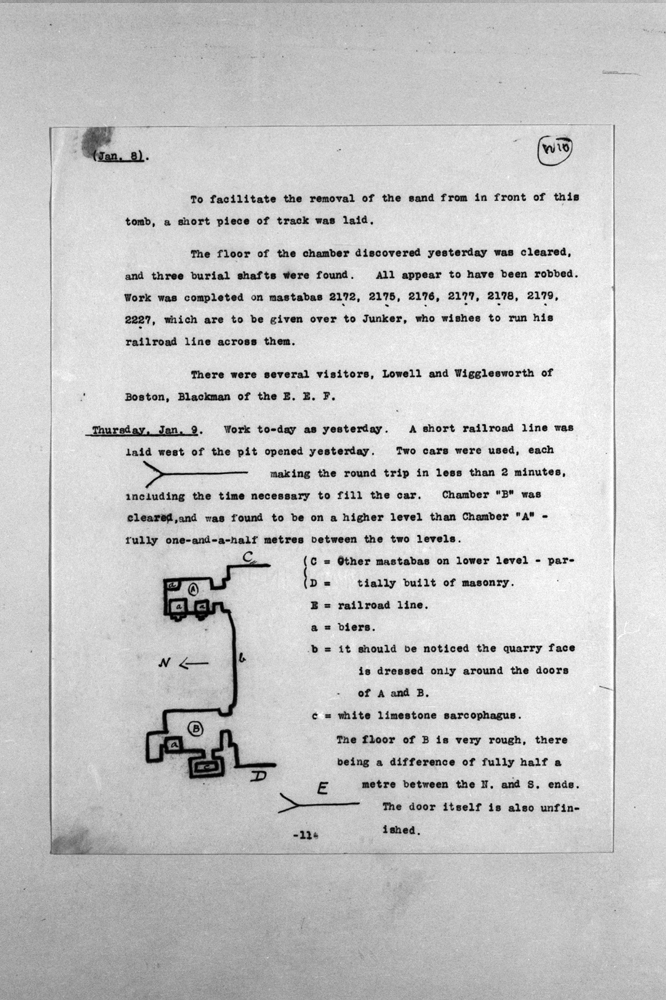 [Menkaure quarry cemetery (continued)]
To facilitate the removal of the sand from in front of this tomb, a short piece of track was laid.
The floor of the chamber discovered yesterday [MQ 130] was cleared, and three burial shafts were found. All appear to have been robbed.

There were several visitors, Lowell and Wigglesworth of Boston, Blackman of the E.E.F.

[Menkaure quarry cemetery]
Work today was as yesterday. A short railroad line was laid west of the pit opened yesterday [ILLUSTRATION]. Two cars were used, each making the round trip in less than two minutes, including the time necessary to fill the car.
Chamber "B" [MQ 121] was cleared, and was found to be on a higher level than Chamber "A" [MQ 130], fully 1.5 meters between the two levels.