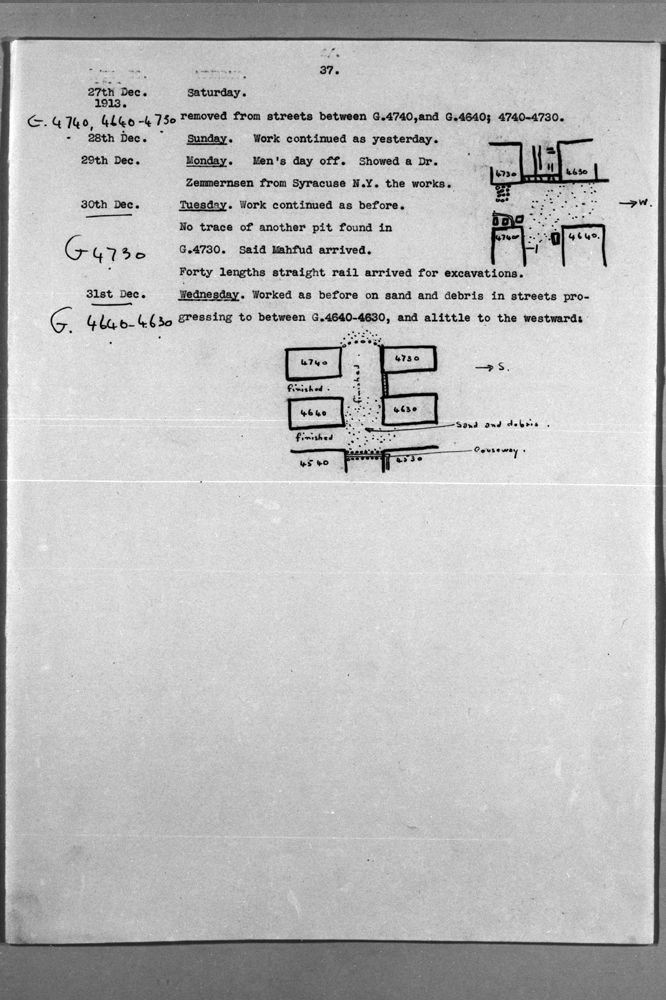 Men's day off.
Showed a Dr. Zimmerman from Syracuse N.Y. the works.

Work continued as before. No trace of another pit found in G 4730.

Worked as before on sand and debris in streets progressing to between G 4640 and G 4630, and a little to the westward: