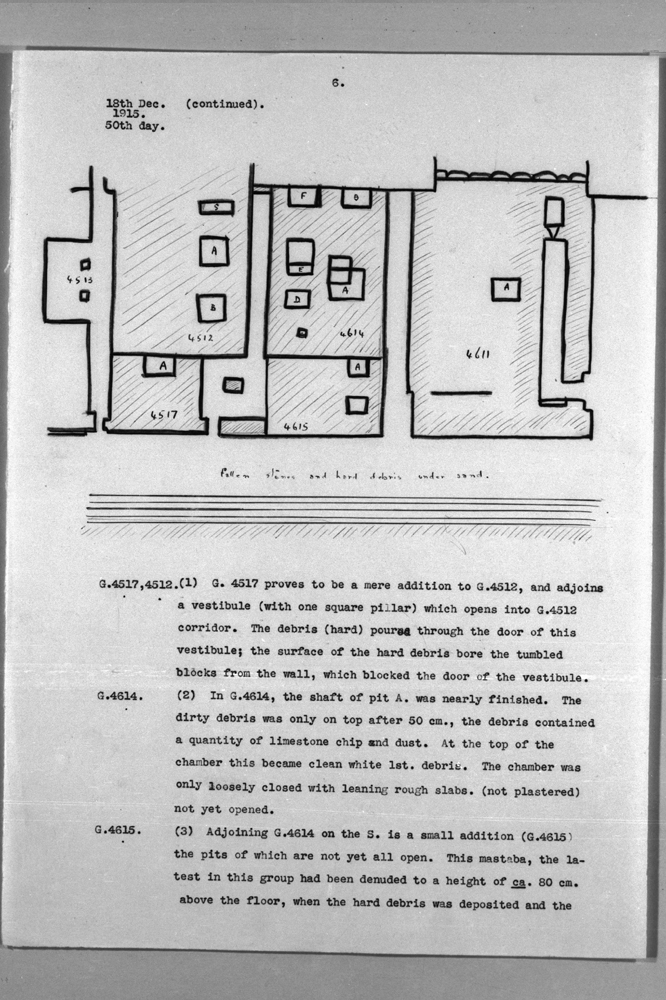 (1) G 4517
G 4517 proves to be a mere addition to G 4512, and adjoins a vestibule (with one square pillar) which opens into G 4512 corridor. The debris (hard) poured through the door of this vestibule; the surface of the hard debris bore the tumbled blocks from the wall, which blocked the door of the vestibule.

(2) G 4614
In G 4614, the shaft of pit A was nearly finished. The dirty debris was only on top after 50 cm, the debris contained a quantity of limestone chips and dust. At the top of the chamber this became clear white limestone debris. The chamber was only loosely closed with leaning rough slabs (not plastered) not yet opened.

(3) G 4615
Adjoining G 4614 on the south is a small addition (G 4615) the pits of which are not yet all open. This mastaba, the latest in this group had been denuded to a height of about 80 cm above the floor, when the hard debris was deposited and the