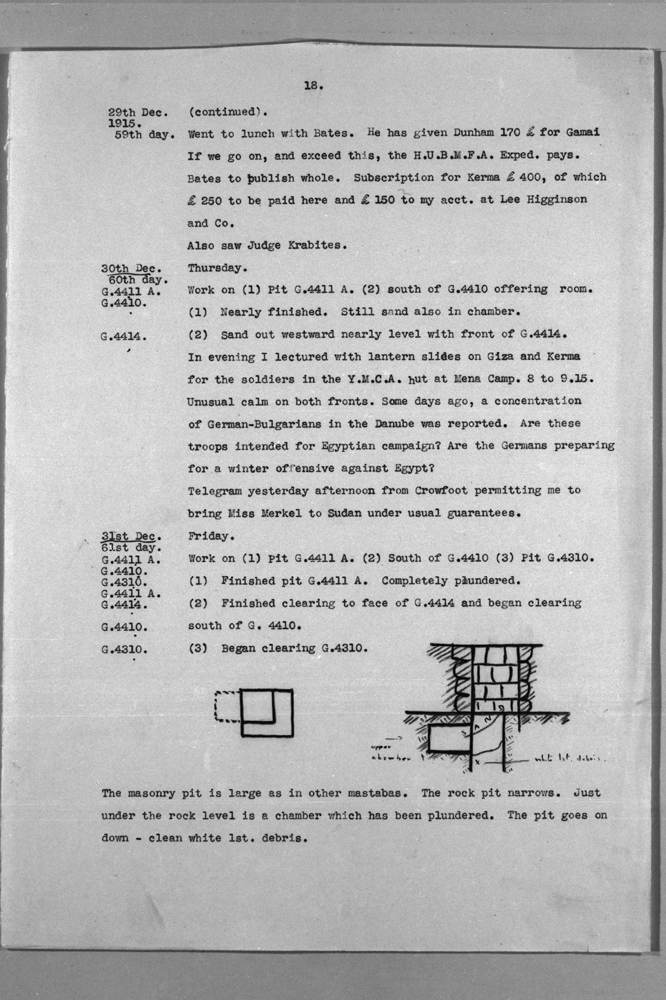 In evening I lectured with lantern slides on Giza and Kerma for the soldiers in the Y.M.C.A. but at Mena Camp. 8 to 9:15. Unusual calm on both fronts. Some days ago, a concentration of German-Bulgarians in the Danube was reported. Are these troops intended for Egyptian campaign? Are the Germans preparing for a winter offensive against Egypt?
Telegram yesterday afternoon from Crowfoot permitting me to bring Miss Merkel to Sudan under usual guarantees.

The masonry pit is large as in other mastabas. The rock pit narrows. Just under the rock level is a chamber which has been plundered. The pit goes on down - clean white limestone debris.