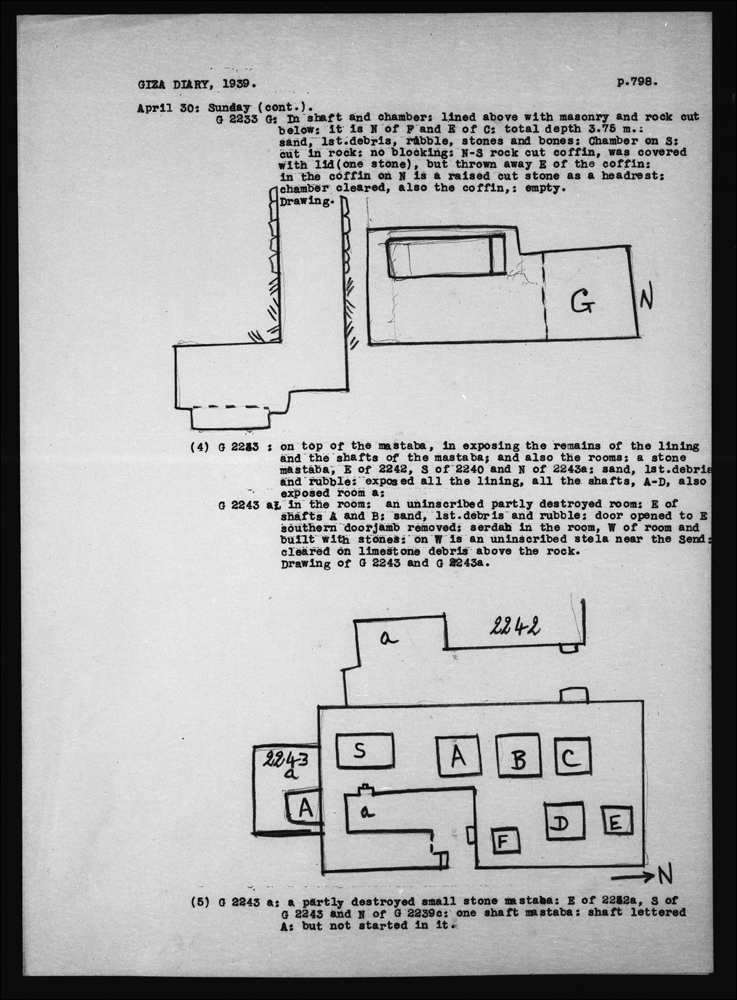 (3) G 2233 (continued)
G 2233 G: In shaft and chamber. Lined above with masonry and rock cut below. It is north of F and east of C. Total depth 3.75 meters, sand, limestone debris, rubble, stones and bones. Chamber on south cut in rock. No blocking. North-south rock cut coffin, was covered with lid (one stone), but thrown away east of the coffin. In the coffin on north is a raised cut stone as a headrest. Chamber cleared, also the coffin. Empty. Drawing.

G 2243 a: in the room, an uninscribed partly destroyed room, east of shafts A and B, sand, limestone debris and rubble. Door opened to east. Southern doorjamb removed. Serdab in the room, west of room and built with stones. On west is an uninscribed stela near the south end. Cleared on limestone debris above the rock.
Drawing of G 2243 and G 2243a.