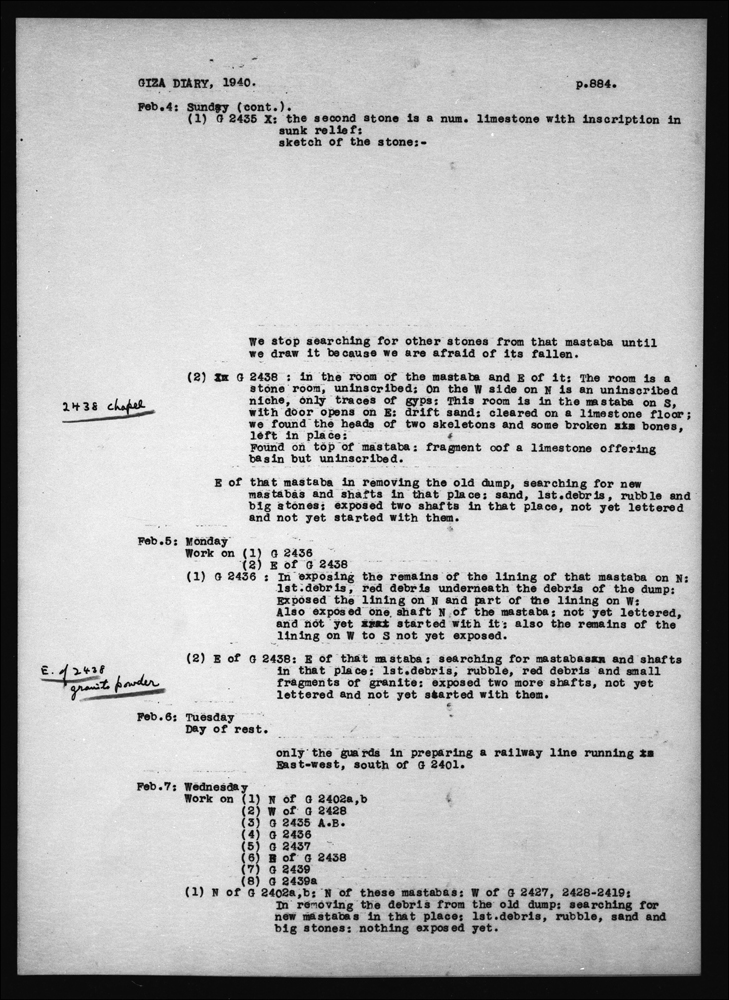 (1) G 2435 (continued)
G 2435 X: The second stone is a nummulitic limestone with inscription in sunk relief. Sketch of the stone.
We stop searching for other stones from that mastaba until we draw it because we are afraid of its fallen.

(2) G 2438
Margin Note: G 2438 chapel.
In the room of the mastaba and east of it. The room is a stone room, uninscribed. On the west side on north is an uninscribed niche, only traces of gypsum. This room is in the mastaba on south, with door opens on east. Drift sand. Cleared on a limestone floor. We found the heads of two skeletons and some broken bones, left in place. Found on top of mastaba. Fragment of a limestone offering basin but uninscribed.

(2) East of G 2438
Margin Note: East of G 2438 granite powder.
East of that mastaba. Searching for mastabas and shafts in that place. Limestone debris, rubble, red debris and small fragments of granite. Exposed two more shafts, not yet lettered and not yet started in them.

Tuesday, February 6, 1940
Day of rest.
Only the guards in preparing a railway line running east-west, south of G 2401.