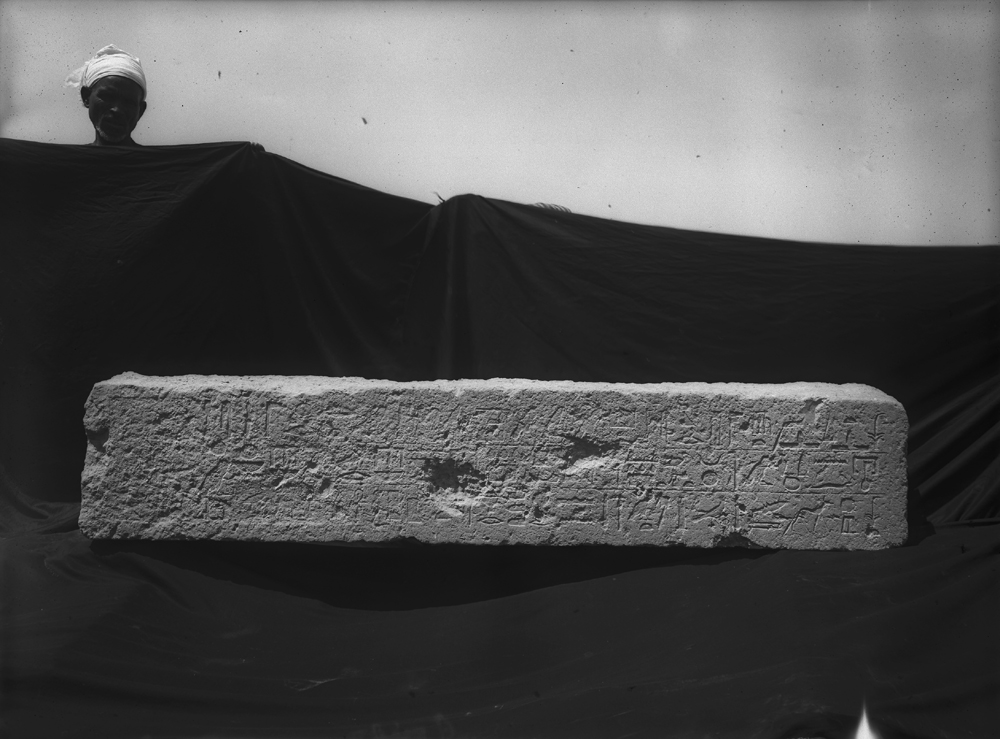 Displaced lintel with three horizontal lines of sunk relief inscription of [GLYPHS] Sekhemka originally from N niche in E face of G 2360, between G 2365 and G 2366