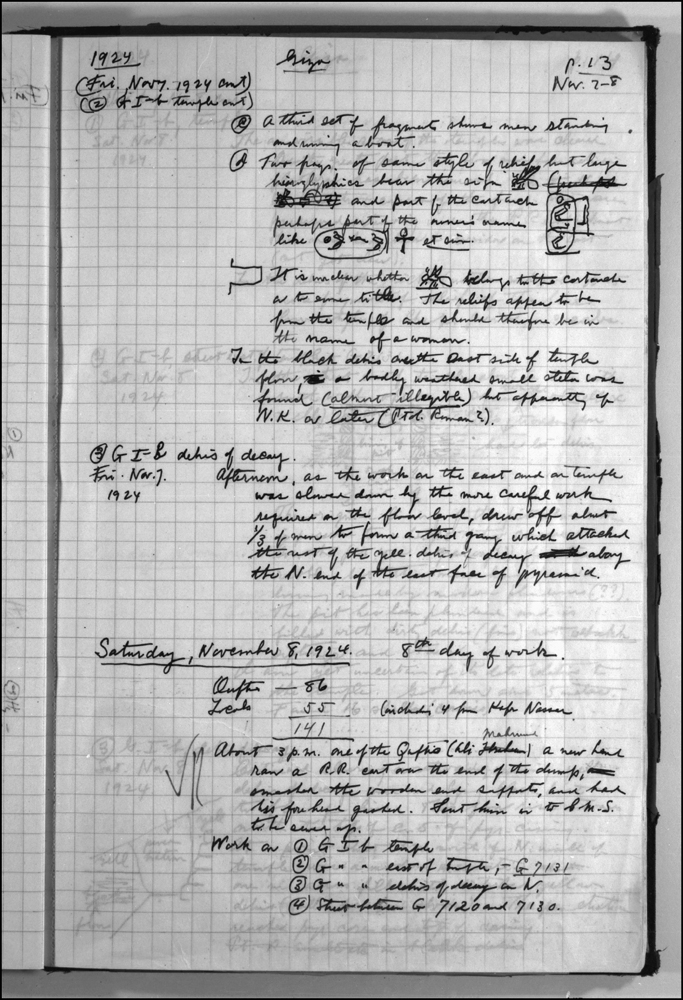 (2) G I-b temple (continued)
(c) A third set of fragments [24-11-242] shows men standing and rowing a boat.
[ILLUSTRATION]
It is unclear whether [GLYPHS] belongs to the cartouche or to some title. The reliefs appear to be from the temple and should therefore be in the name of a woman.
In the black debris over the east side of the temple floor, a badly weathered small stela [24-11-243] was found (almost illegible) but apparently of New Kingdom or later (Ptolemaic-Roman?).

(3) G I-b
Afternoon, as the work on the east and on temple was slowed down by the more careful work required on the floor level, drew off about one-third of men to form a third gang which attacked the rest of the yellow limestone debris of decay along the north end of the east face of pyramid.

About 3 p.m. one of the Quftis (Ali Mahmud), a new hand, ran a railroad cart over the end of the dump, smashed the wooden end supports, and had his forehead gashed. Sent him in to C.M.S. [hospital] to be sewed up.