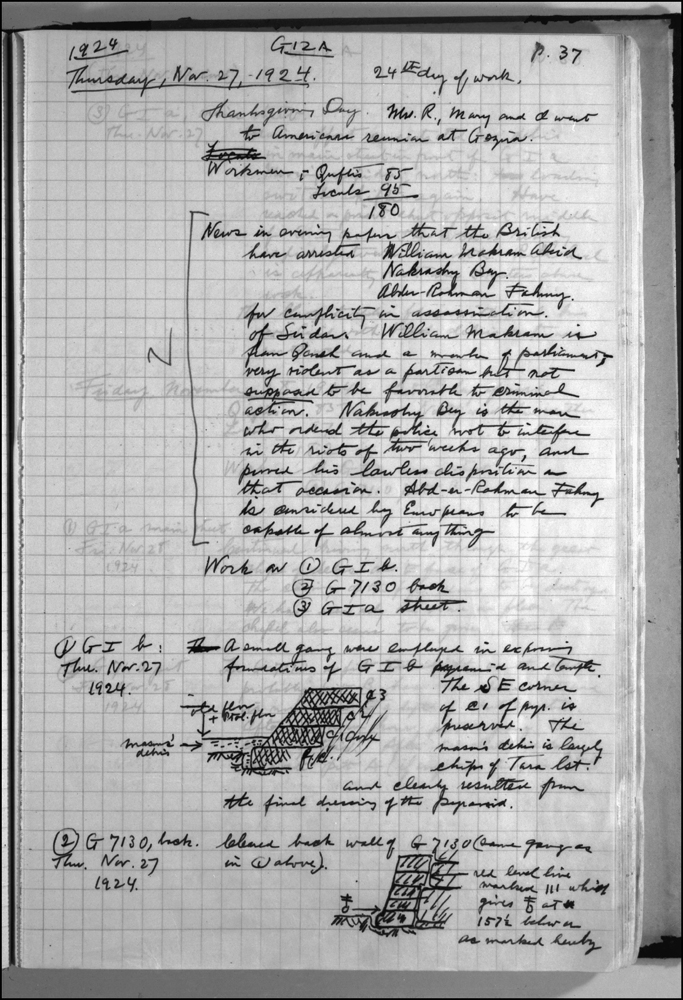 Thanksgiving Day. Mrs. Reisner, [Mary] and I went to American reunion at Gezira.

News in evening paper that the British have arrested William Makram Abeid, Nakrashy Bey, Abd-er-Rahman [Bey] Fahmy for complicity in assassination of [the] Sirdar [Sir Lee Stack]. William Makram is from Qanesh [Qeneh] and a member of parliament, very violent as a partisan but not supposed to be favorable to criminal action. Nakrashy Bey is the man who ordered the police not to interface in the riots of two weeks ago, and proved his lawless disposition on that occasion. Abd-er Rahman [Bey] Fahmy is considered by Europeans to be capable of almost anything.

(1) G I-b
A small gang were employed in exposing the foundations of G I-b pyramid and temple.
[ILLUSTRATION]
The southeast corner of C 1 of pyramid is preserved. The mason's debris is largely chips of Turah limestone and clearly resulted from the final dressing of the pyramid.