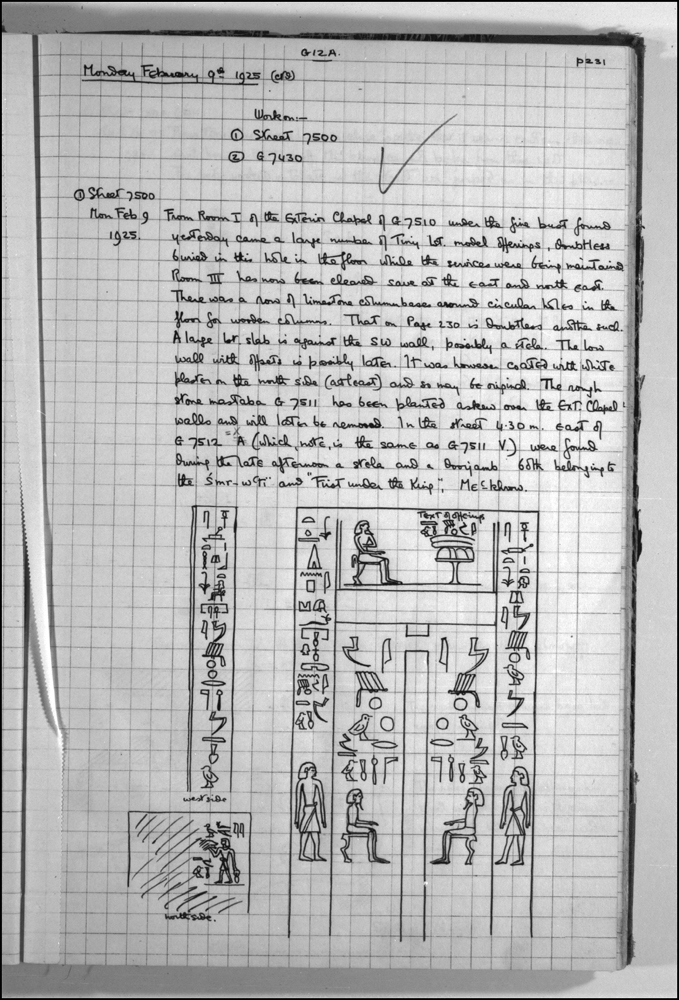 (1) Street G 7500 and G 7510 and G 7512
From room I of the exterior chapel of G 7510 under the fine bust [25-3-241] found yesterday came a large number of tiny limestone model offerings, doubtless buried in this hole in the floor while the services were being maintained. Room III has now been cleared save at the east and northeast. There was a row of limestone column bases around circular holes in the floor for wooden columns. That on page 230 is doubtless another such. A large limestone slab is against the southwest wall, possibly a stela. The low wall with offsets is possibly later. It was however coated with white plaster on the north side (at least) and so may be original.
The rough stone mastaba G 7511 has been planted askew over the exterior chapel walls and will later be removed.
In the street 4.30 meters east of G 7512 A [corrected to read G 7512 X] (which, note, is the same as G 7511 V) were found during the late afternoon a stela [25-2-508] and a door jamb [25-2-509] both belonging to the [TRANSLITERATION] and "First under the King," [TRANSLITERATION] [Maakheru]