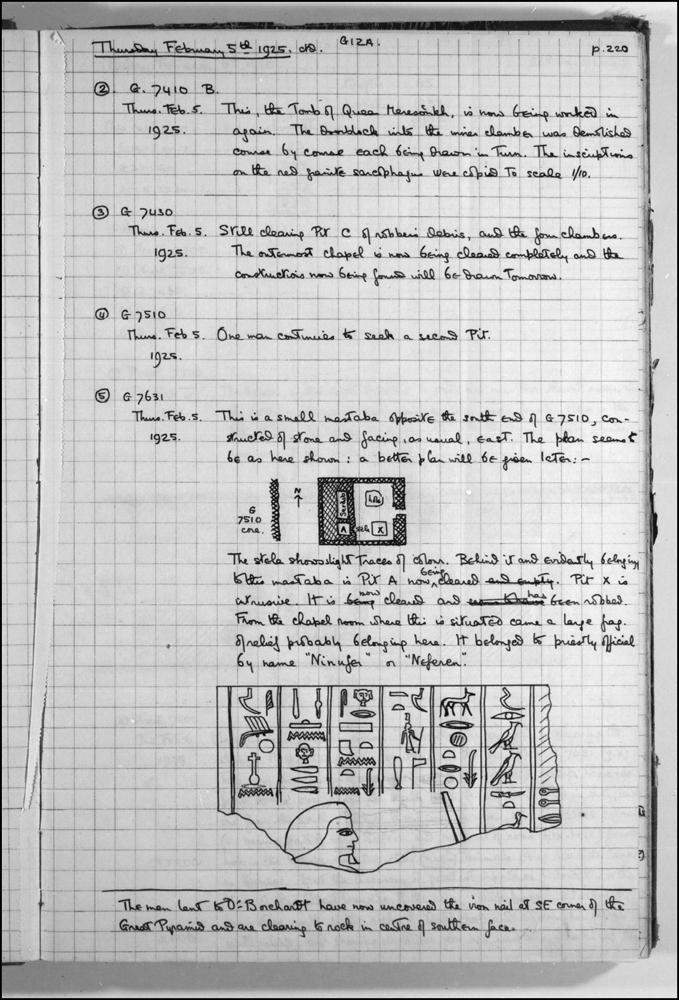 (2) G 7410
G 7410 B: This, the tomb of Queen Meresankh, is now being worked in again. The doorblock into the inner chamber was demolished course by course each being drawn in turn. The inscriptions on the red granite sarcophagus [MFA 27.441] were copied to scale 1:10.

(3) G 7430
Still clearing pit C of robbers' debris, and the four chambers. The outermost chapel is now being cleared completely and the constructions now being found will be drawn tomorrow.

(5) G 7631
This is a small mastaba opposite the south end of G 7510, constructed of stone and facing, as usual, east. The plan seems to be as here shown, a better plan will be given later:

The stela shows slight traces of color. Behind it and evidently belonging to this mastaba is pit A now being cleared. Pit X is intrusive. It is now cleared and has been robbed. From the chapel room where this is situated came a large fragment of relief [25-2-145] probably belonging here. It belonged to priestly official by name "Ninufer" [Ninefer] or "Neferen"

The man lent to Dr. Borchardt have now uncovered the iron nail at southeast corner of the Great Pyramid and are clearing to rock in center of southern face.