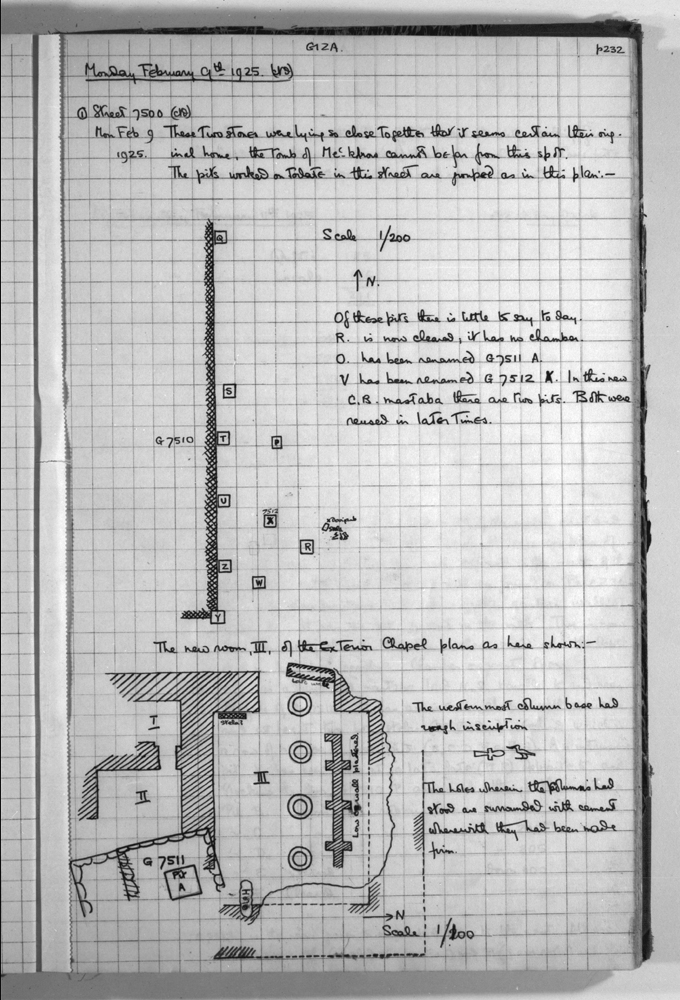 The westernmost column base had rough inscription [GLYPHS].

The hole wherein the columns had stood are surrounded with cement wherewith they had been made firm.