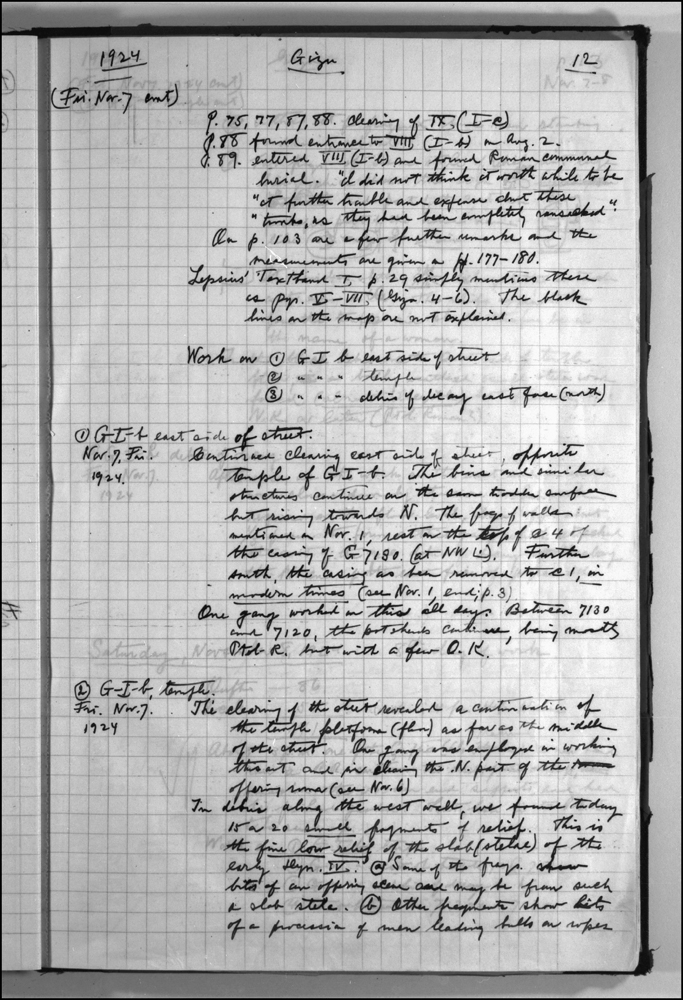 (1) Street G 7000
G I-b east side of street. Continued clearing east side of street, opposite temple of G I-b. The bins and similar structures continue on the same trodden surface but rising towards north. The fragments of walls mentioned on November 1, rest on the tops of C 4 of the casing of G 7130 (at northwest corner). Further south, the casing as been removed to C 1, in modern times (see November 1, end; page 3).
One gang worked on this all day.
Between G 7130 and G 7120, the potsherds continue, being mostly Ptolemaic-Roman but with a few Old Kingdom. [The latter from disturbed debris, and an older, lower deposit.]

(2) G I-b temple
The clearing of the street revealed a continuation of the temple platform (floor) as far as the middle of the street. One gang was employed in working this out and in clearing the north part of the offering room (see November 6).
In debris along the west wall, we found today fifteen or twenty small fragments of relief. This is the fine low relief of the slab (stelae) of the early Dynasty 4.
(a) Some of the fragments show bits of an offering scene and may be from such a slab stela.
(b) Other fragments [24-11-242] show bits of a procession of men leading bulls on ropes.