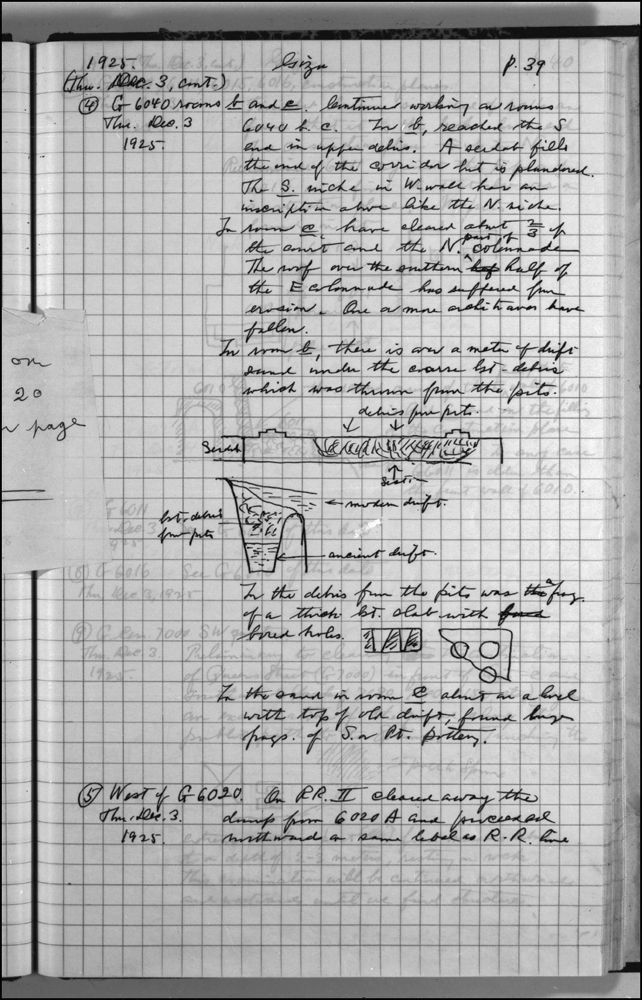 (4) G 6040
G 6040 rooms b and c: Continued working on rooms G 6040 b, c.
In b, reached the south end in upper debris. A serdab fills the end of the corridor but is plundered. The south niche in west wall has an inscription above like the north niche.
In room c, have cleared about two-thirds of the court and the north part of colonnade. The roof over the southern half of the east colonnade has suffered from erosion. One or more architraves have fallen.
In room b, there is over a meter of drift sand under the coarse limestone debris which was thrown from the pits.

In the debris from the pits was a fragment of a thick limestone slab with bored holes. [ILLUSTRATION]
In the sand in room c about on a level with top of old drift, found large fragments of Saite or Ptolemaic pottery.