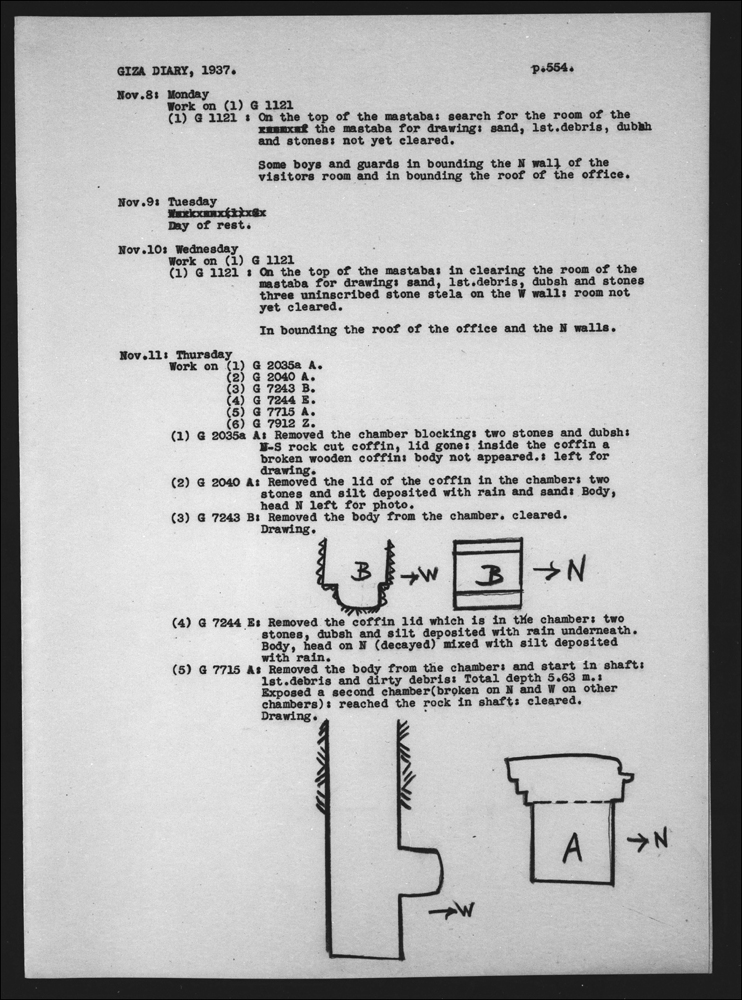 (1) G 1121
On the top of the mastaba. Search for the room of the mastaba for drawing. Sand, limestone debris, dubsh and stones. Not yet cleared.

Some boys and guards in binding the north wall of the visitor's room and in bounding the roof of the office.

(1) G 1121
On the top of the mastaba. In clearing the room of the mastaba for drawing. Sand, limestone debris, dubsh and stones. Three uninscribed stone stela on the west wall. Room not yet cleared.

In bounding the roof of the office and the north walls.

(1) G 2035a
G 2035a A: Removed the chamber blocking. Two stones and dubsh. North-south rock-cut coffin, lid gone. Inside the coffin a broken wooden coffin. Body does not appear. Left for drawing.

(5) G 7715
G 7715 A: Removed the body from the chamber, and start in shaft. Limestone debris and dirty debris. Total depth 5.63 meters. Exposed a second chamber (broken on north and west on other chambers). Reached the rock in shaft. Cleared. Drawing.