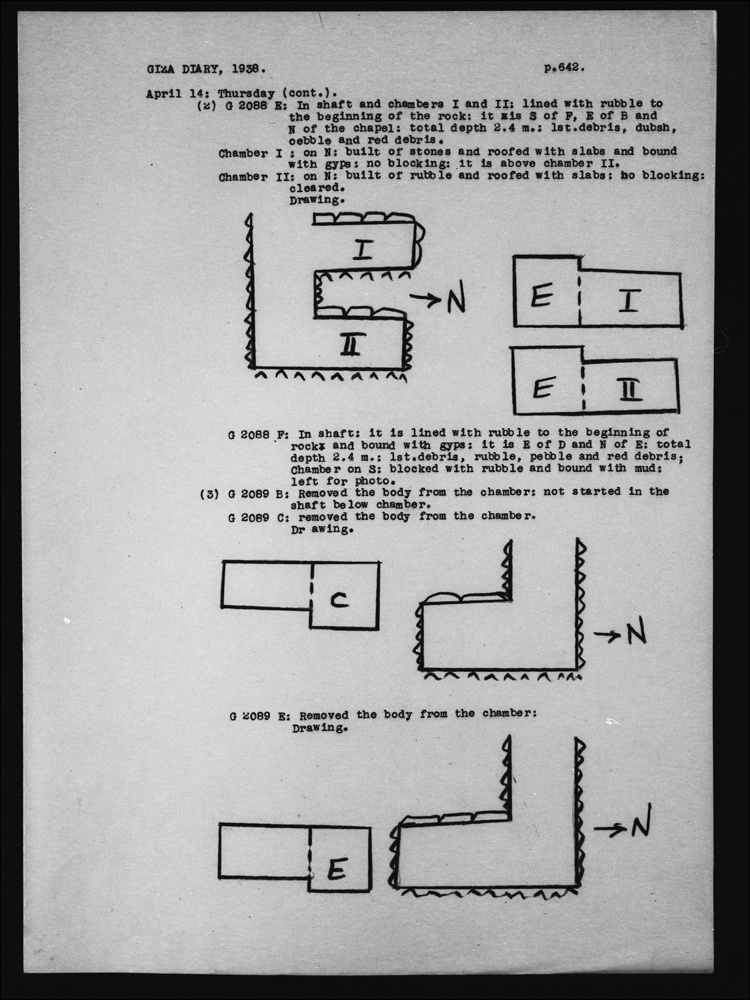 (2) G 2088 (continued)
G 2088 E: In shaft and chamber I and II. Lined with rubble to the beginning of the rock. It is south of F, east of B and north of the chapel. Total depth 2.4 meters. Limestone debris, dubsh, pebble and red debris.
Chamber I: On north. Built of stones and roofed with slabs and bound with gypsum. No blocking. It is above chamber II.
Chamber II: On north. Built of rubble and roofed with slabs. No blocking. Cleared. Drawing.

G 2088 F: In shaft. It is lined with rubble to the beginning of rock and bound with gypsum. It is east of D and north of E. Total depth 2.4 meter. Limestone debris, rubble, pebble and red debris. Chamber on south. Blocked with rubble and bound with mud. Left for photo.