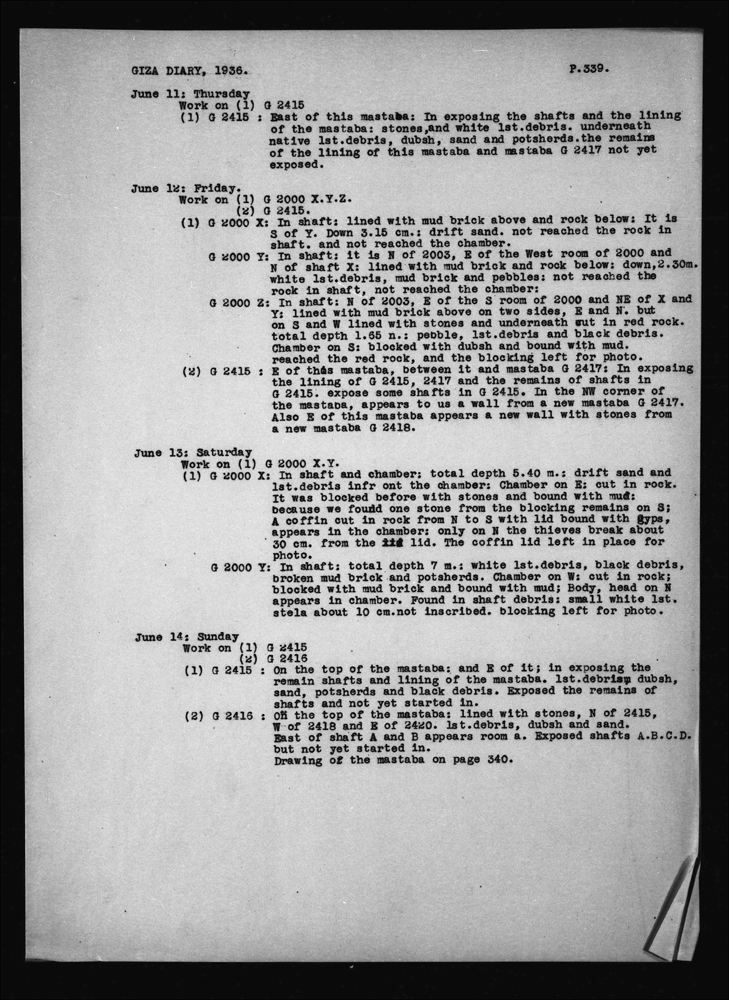 G 2000 Z: In shaft. North of 2003, east of the south room of 2000 and northeast of X and Y. Lined with mud brick above on two sides, east and north but on south and west lined with stones and underneath cut in red rock. Total depth 1.65 meters, pebble, limestone debris and black debris. Chamber on south: blocked with dubsh and bound with mud. Reached the red rock, and the blocking left for photo.

(1) G 2000
G 2000 X: In shaft and chamber. Total depth 5.40 meters, drift sand and limestone debris in front of the chamber. Chamber on east cut in rock. It was blocked before with stones and bound with mud, because we found one stone from the blocking remains on south. A coffin cut in rock from north to south with lid bound with gypsum, appears in the chamber. Only on north the thieves break about 30 cm from the lid. The coffin lid left in place for photo.