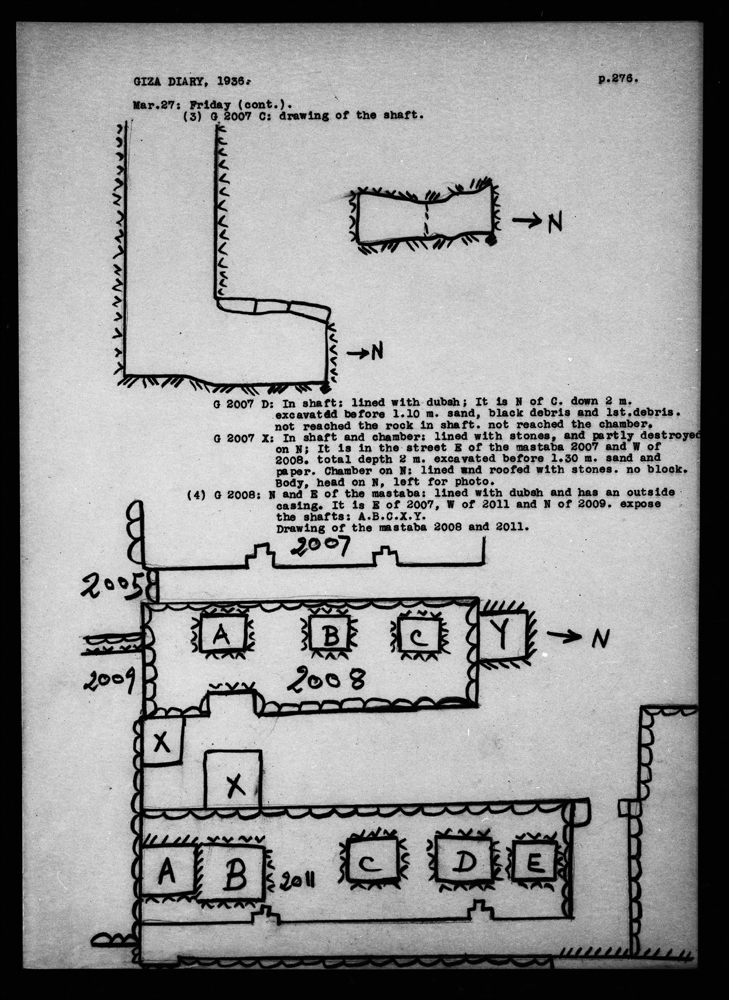 G 2007 D: In shaft. Lined with dubsh. It is north of C. Down 2 meters. Excavated before 1.1 meters. Sand, black debris and limestone debris. Not reached the rock in shaft, not reached the chamber.

G 2007 X: In shaft and chamber. Lined with stones, and partly destroyed on north. It is in the street east of the mastaba G 2007 and west of G 2008. Total depth 2 meters. Excavated before 1.3 meters. Sand and paper. Chamber on north. Lined and roofed with stones. No block[ing]. Body, head on north. Left for photo.