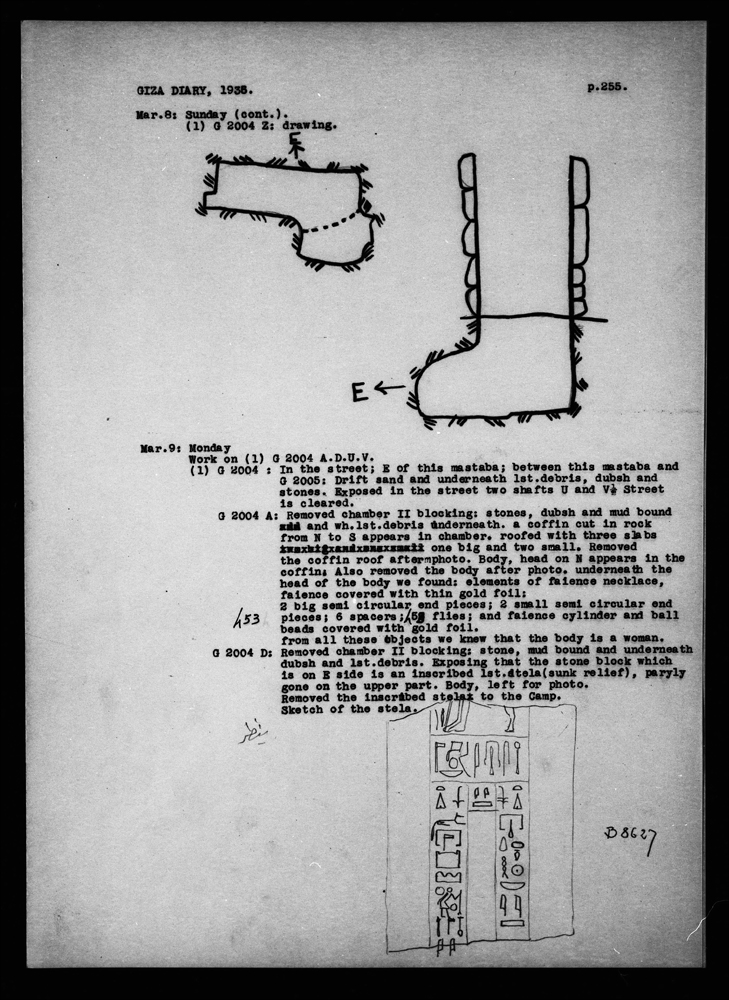 (1) G 2004
In the street. East of this mastaba, between this mastaba and G 2005. Drift sand and underneath limestone debris, dubsh and stones. Exposed in the street two shafts U and V. Street is cleared.

G 2004 A: Removed chamber II blocking. Stones, dubsh and mud bound and white limestone debris underneath. A coffin cut in rock from north to south appears in chamber. Roofed with three slabs, one big and two small. Removed the coffin. Also removed the body after photo. Underneath the head of the body we found elements of faience necklace, faience covered with thin gold foil, two big semi-circular end pieces, two small semi circular end piece, six spacers, fifty three flies, and faience cylinder and ball beads covered with gold foil. From all these objects we knew that the body is a woman.

G 2004 D: Removed chamber II blocking. Stone, mud bound and underneath dubsh and limestone debris. Exposing that the stone block which is on east side is an inscribed limestone stela (sunk relief), partly gone on the upper part. Body left for photo. Removed the inscribed stela to the camp. Sketch of the stela [inscribed for Ysh].