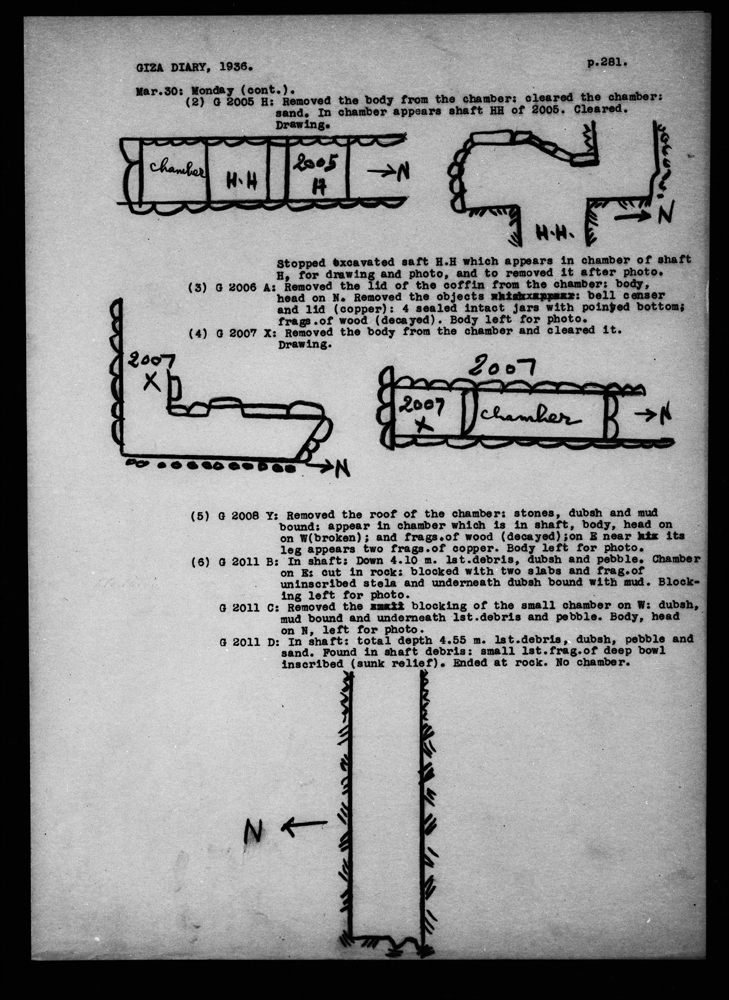 (2) G 2005
G 2005 H: Removed the body from the chamber. Cleared the chamber, sand. In chamber appears shaft H of G 2005. Cleared. Drawing. [ILLUSTRATION] Stopped excavated shaft H.H. which appears in chamber of shaft H, for drawing and photo, and to removed it after photo [sentence - ?].

(5) G 2008
G 2008 Y: Removed the roof of the chamber, stones, dubsh and mud bound. Appear[s] in chamber which is in shaft - body, head on west (broken), and fragments of wood (decayed). On east near its leg appears two fragments of copper. Body left for photo.

(6) G 2011
G 2011 B: In shaft. Down 4.1 meters. Limestone debris, dubsh and pebble. Chamber on east, cut in rock, blocked with two slabs and fragments of uninscribed stela and underneath dubsh bound with mud. Blocking left for photo.

G 2011 C: Removed the blocking of the small chamber on west. Dubsh, mud bound and underneath limestone debris and pebble. Body, head on north, left for photo.