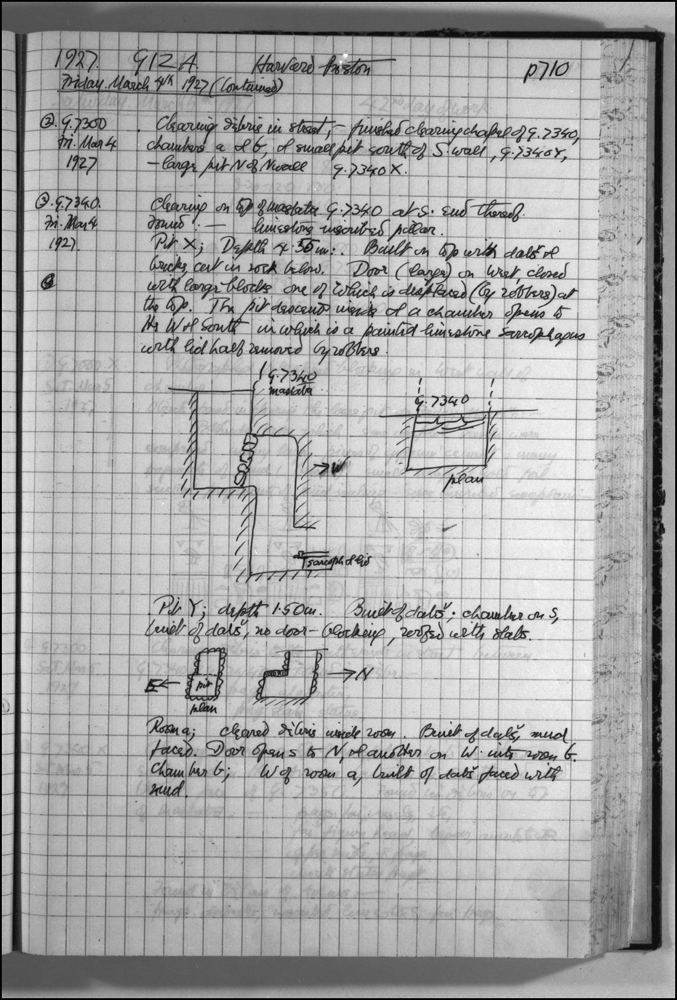 (3) G 7340
Clearing on top of mastaba G 7340 at south end thereof. Found: limestone inscribed pillar.
G 7340 X: Depth 4.55 meters. Built on top with dubsh and bricks, cut in rock below. Door (large) on west, closed with large blocks one of which is displaced (by robbers) at the top. The pit descent inside of a chamber opens to the west and south in which is a painted limestone sarcophagus with lid half removed by robbers.
[ILLUSTRATION]
G 7340 Y: Depth 1.50 meters. Built of dubsh, chamber on south built of dubsh, no door blocking, roofed with slabs.
[ILLUSTRATION]
Room a: Cleared debris inside room, built of dubsh, mud faced. Door opens to north and another on west into room b, chamber b. West of room a, built of dubsh faced with mud.