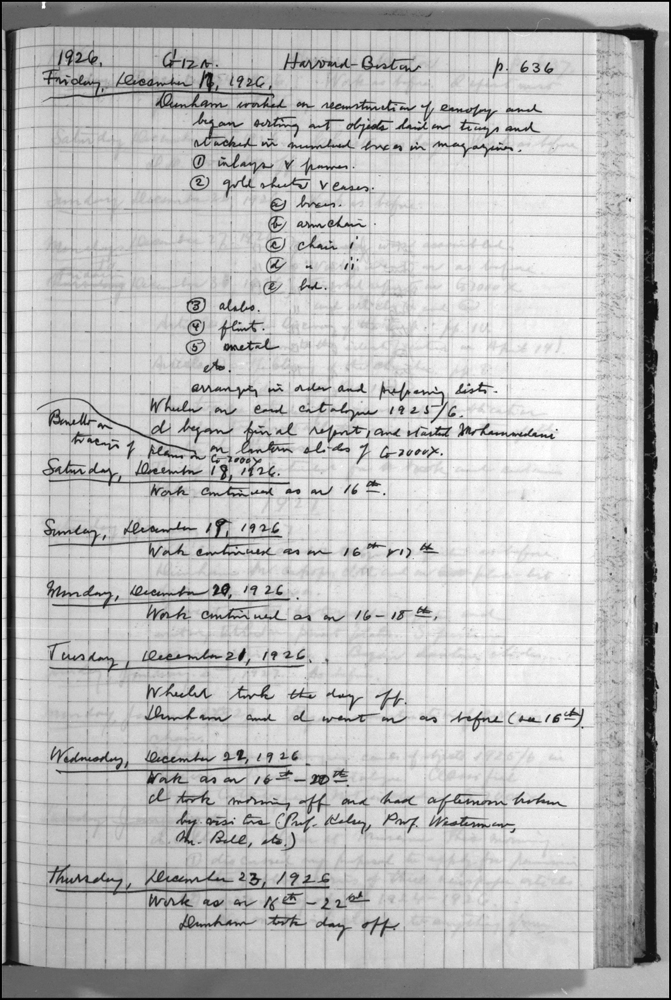 Wheeler on card catalogue 1925-6. I began final report, and started Mohammedani on lantern slides of G 7000 X, Bonello on tracing of plans on G 7000 X.

Wednesday, December 22, 1926
Work as on 16th-20th.
I took morning off and had afternoon broken by visitors (Professor Kelsey, Professor Westerman, Mr. Bell, etc.)