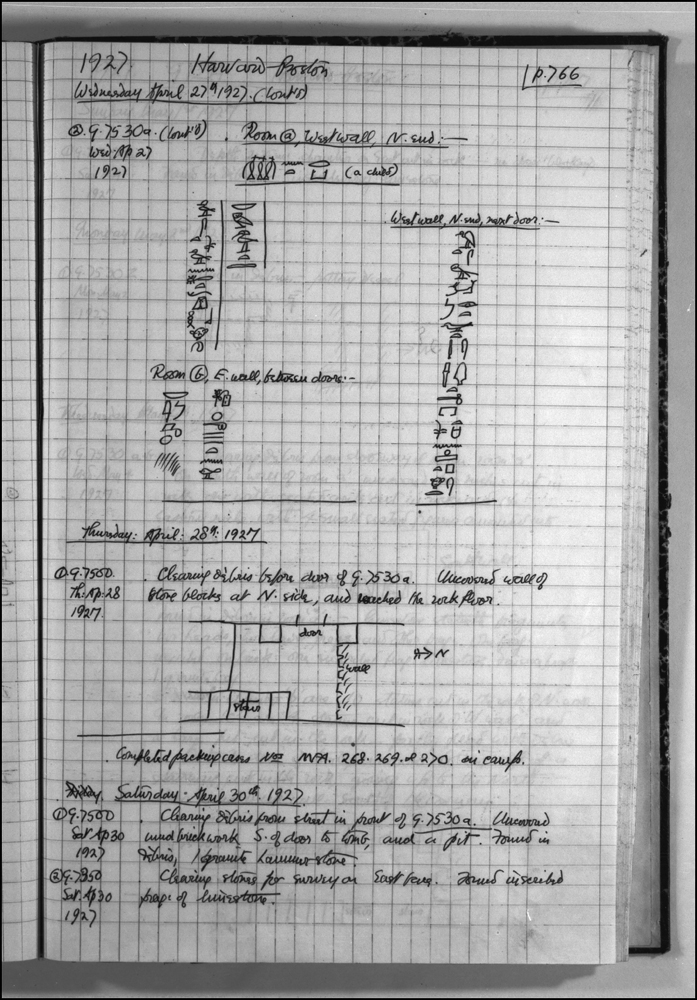 (1) Street G 7500
Clearing debris from street in front of G 7530 a. Uncovered mudbrick work south of door to tomb, and a pit. Found in debris: one granite hammer stone.