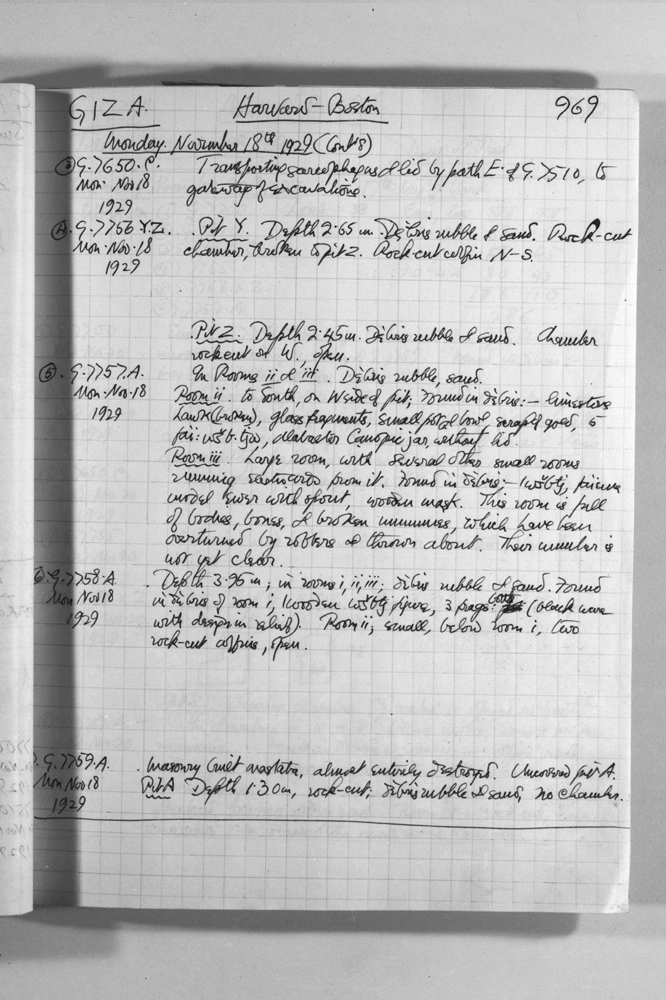 (5) G 7757
G 7757 A: In rooms ii and iii. Debris: rubble and sand.
Room ii: to south, on west side of pit; found in debris: limestone hawk (broken), glass fragments, small pot and bowl, scraps of gold, five faience ushabtis, alabaster canopic jar without lid.
Room iii: large room, with several other small rooms running eastwards from it; found in debris: one ushabti, faience model ewer with spout, wooden mask. This room is full of bodies, bones, and broken mummies, which have been overturned by robbers and thrown about. Their number is not yet clear.