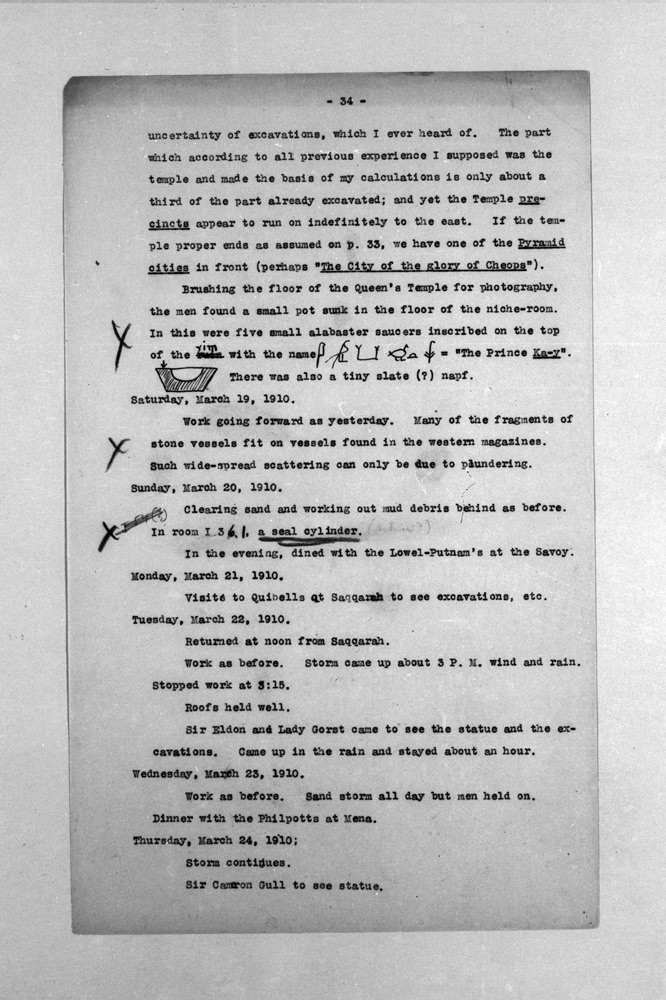 uncertainty of excavations, which I ever heard of. The part which according to all previous experience I supposed was the temple and made the basis of my calculations is only about a third of the part already excavated; and yet the temple precincts appear to run on indefinitely to the east. If the temple proper ends as assumed on page 33, we have one of the pyramid cities in front (perhaps "The City of the glory of Khufu").

Work going on forward as yesterday. Many of the fragments of stone vessels fit on vessels found in the western magazines. Such wide spread scattering can only be due to plundering.

In the evening, dined with the Lowell-Putnams's at the Savoy.

Visit to Quibells at Saqqara to see excavations, etc.

Returned at noon from Saqqara.
Work as before. Storm came up about 3 p.m. wind and rain. Stopped work at 3:15.
Roofs held well.

Sir Eldon and Lady Gorst came to see the statue and the excavations. Came up in the rain and stayed about an hour.

Work as before. Sand storm all day but men held on.

Dinner with the Philpotts at Mena.