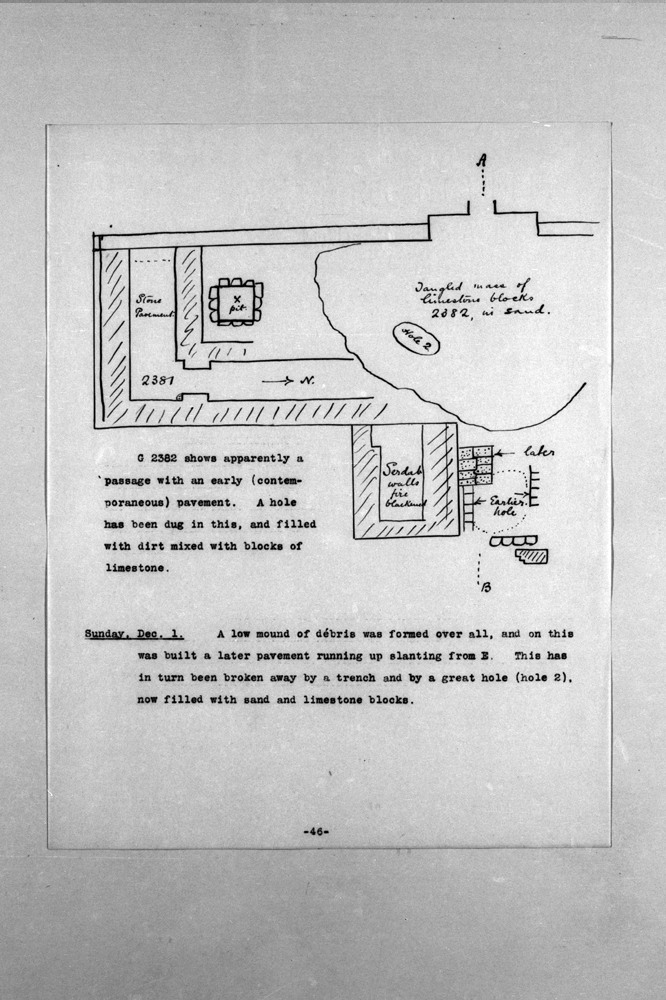 G 2382 shows apparently a passage with an early (contemporaneous) pavement. A hole had been dug in this, and filled with dirt mixed with blocks of limestone.

A low mound of debris was formed over all, and on this was built a later pavement running up slanting from east. This has in turn been broken away by a trench and by a great hole (hole 2), now filled with sand and limestone blocks.