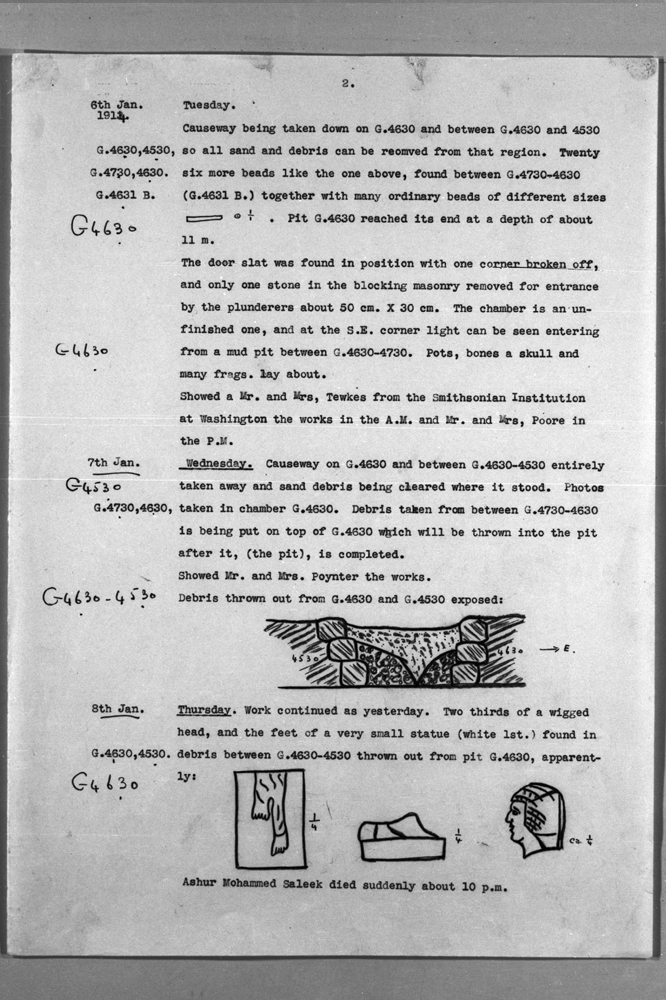 Pit G 4630 reached its end at a depth of about 11 meters.
The door slat was found in position with one corner broken off, and only one stone in the blocking masonry removed for entrance by the plunderers about 50 cm x 30 cm. The chamber is an unfinished one, and at the southeast corner light can be seen entering from a mud pit between G 4630 and G 4730. Pots, bones, a skull and many fragments lay about.

Showed a Mr. and Mrs. Tewkes from the Smithsonian Institution at Washington the works in the a.m. and Mr. and Mrs. Poore in the p.m.

Work continued as yesterday. Two thirds of a wigged head, and the feet of a very small statue (white limestone) found in debris between G 4630 and G 4530 thrown out from pit G 4630, apparently: