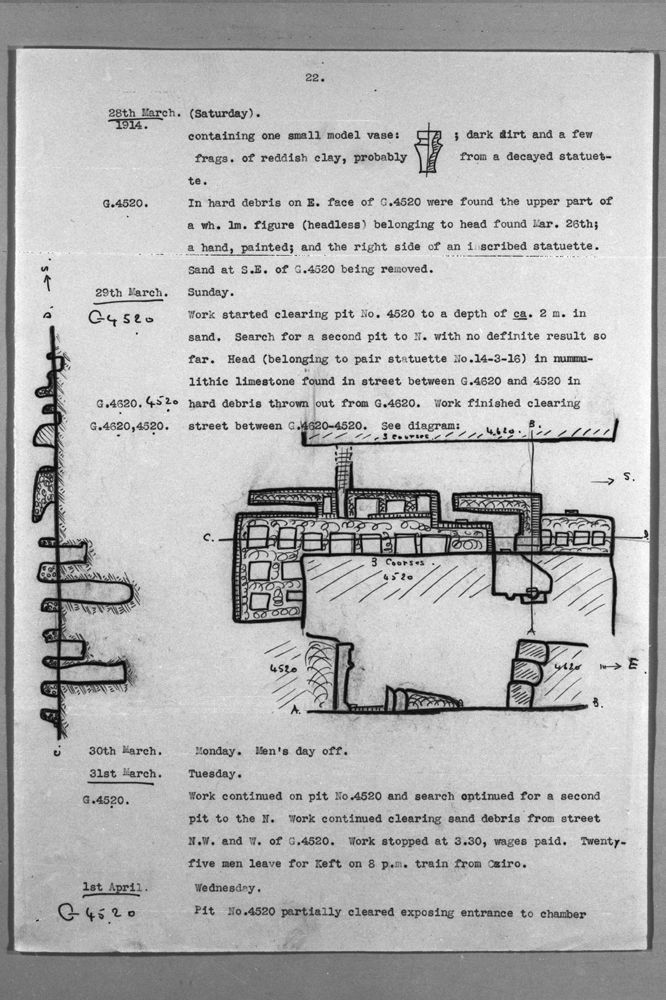 G 4520
Work started clearing pit No. G 4520 to a depth of about 2 meters in sand. Search for a second pit to north with no definite result so far.

G 4520
Work continued on pit No. G 4520 and search continued for a second pit to the north. Work continued clearing sand debris from street northwest and west of G 4520.