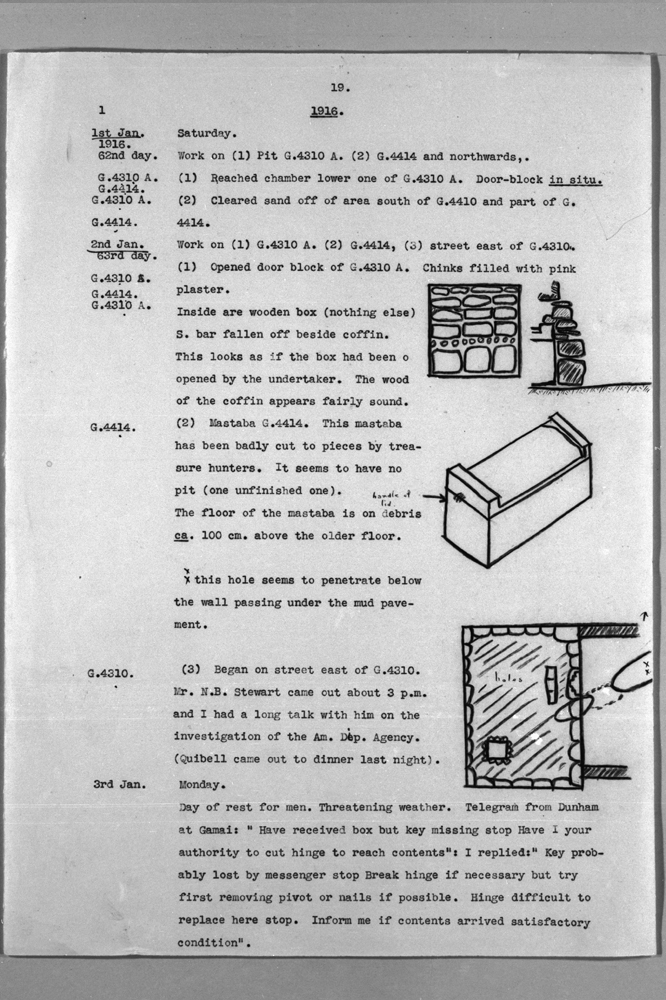 Inside are wooden box (nothing else). South bar fallen off beside coffin. This looks as if the box had been opened by the undertaker. The wood of the coffin appears fairly sound. [ILLUSTRATION]

(2) G 4414
Mastaba G 4414. This mastaba has been badly cut to pieces by treasure hunters. It seems to have no pit (one unfinished one). The floor of the mastaba is on debris about 100 cm above the older floor.

[ILLUSTRATION]
x x this hole seems to penetrate below the wall passing under the mud pavement.

Day of rest for men.
Threatening weather.
Telegram from Dunham at Gamai: "Have received box but key missing stop Have I your authority to cut hinge to reach contents." I replied, "Key probably lost by messenger stop Break hinge if necessary but try first removing pivot or nails if possible. Hinge difficult to replace here stop. Inform me if content arrived satisfactory condition."