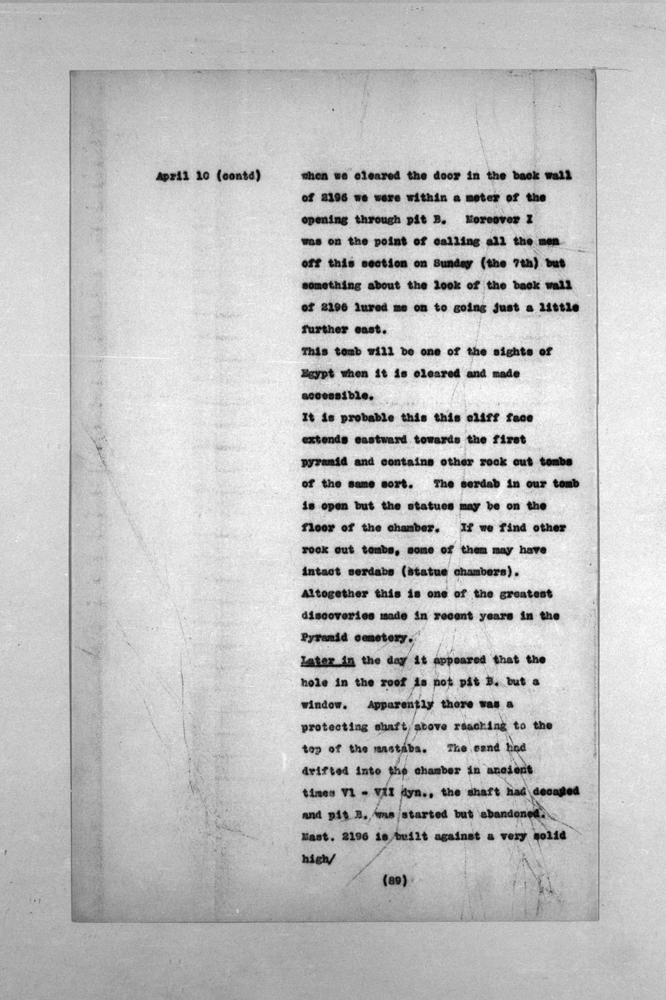 [G 2196 (continued)]
we cleared the door in the back wall of G 2196 we were within a meter of the opening through pit B. Moreover I was on the point of calling all the men off this section on Sunday (the 7th) but something about the look of the back wall of G 2196 lured me on to going just a little further east.
This tomb will be one of the sights of Egypt when it is cleared and made accessible.
It is probable this cliff face extends eastward towards the first pyramid and contains other rock cut tombs of the same sort. The serdab in our tomb is open but the statues may be on the floor of the chamber. If we find other rock cut tombs, some of them may have intact serdabs (statue chambers).
Altogether this is one of the greatest discoveries made in recent years in the Pyramid cemetery.
Later in the day it appeared that the hole in the roof is not pit B but a window. Apparently there was a protecting shaft above reaching to the top of the mastaba. The sand had drifted into the chamber in ancient times Dynasty 6 - 7, the shaft had decayed and pit B was started but abandoned.
Mastaba G 2196 is built against a very solid high