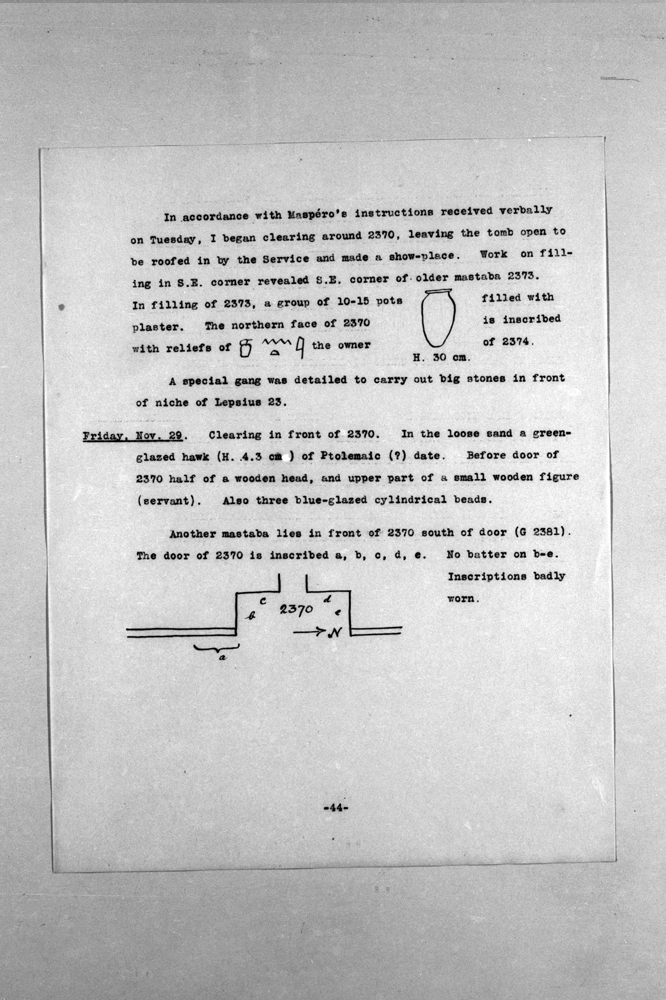 In accordance with Maspero's instructions received verbally on Tuesday, I began clearing around G 2370, leaving the tomb open to be roofed by the Service and made into a show place. Work on filling in southeast corner revealed southeast corner of older mastaba G 2373. In filling of G 2373 a group of ten to fifteen pots [ILLUSTRATION] (H[eight] 30 cm) filled with plaster. The northern face of G 2370 is inscribed with reliefs of [GLYPHS] [Khnumenti] the owner of G 2374.