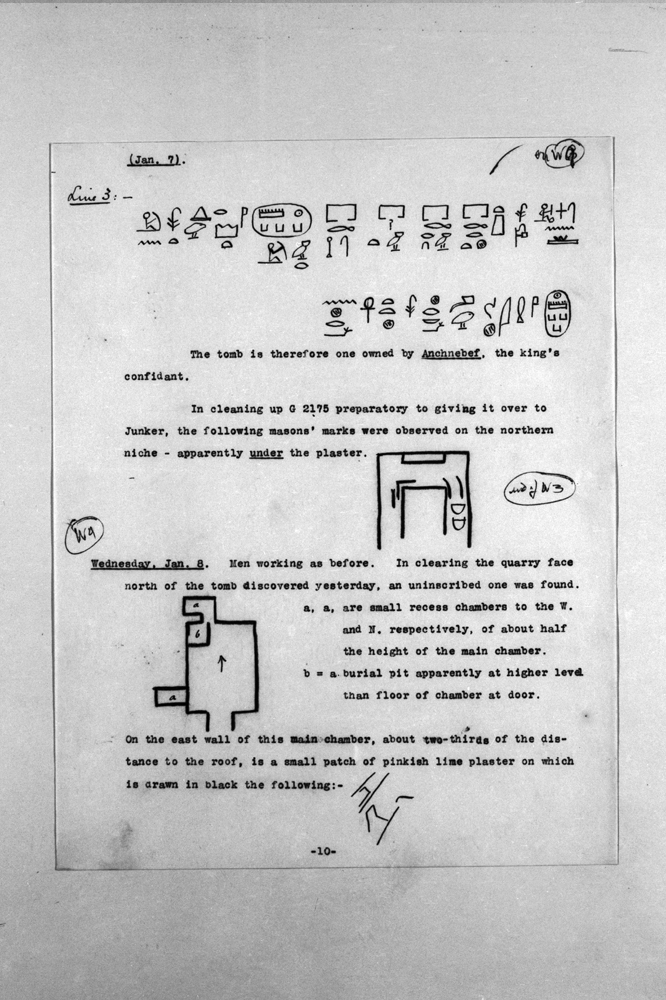 The tomb is therefore one owned by Anchnebef [Ankhnebef], the king's confidant.

In cleaning up G 2175 preparatory to giving it over to Junker, the following masons' marks were observed on the northern niche, apparently under the plaster: [ILLUSTRATION]

[Menkaure quarry cemetery]
Men working as before. In clearing the quarry face north [?] of the tomb discovered yesterday [MQ 130], an uninscribed one was found [MQ 121].

a, a, are small recess chambers to the west and north respectively, of about half the height of the main chamber.
b = a burial pit apparently at higher level than floor of chamber at door.
On the east wall of this main chamber, about two-thirds of the distance to the roof, is a small patch of pinkish lime plaster on which is drawn in black the following:
[ILLUSTRATION]