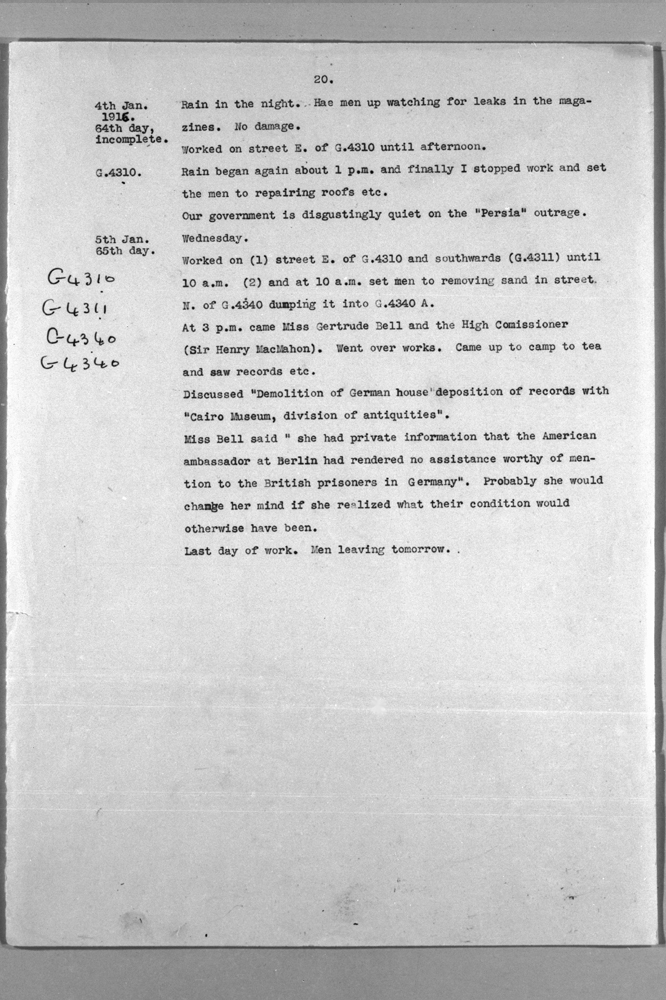 Rain in the night. Had men up watching for leaks in the magazines. No damage.
Work on street east of G 4310 until afternoon.
Rain began again about 1 p.m. and finally I stopped work and set the men to repairing roofs etc.

Our government is disgustingly quiet on the "Persia" outrage.

At 3 p.m. came Miss Gertrude Bell and the High Commissioner (Sir Henry MacMahon). Went over works. Came up to camp to tea and saw records etc.
Discussed "Demolition of German house deposition of records with "Cairo Museum, division of antiquities".
Miss Bell said "she had private information that the American ambassador at Berlin had rendered no assistance worth of mention to the British prisoners in Germany." Probably she would change her mind if she realize what their condition would otherwise have been.