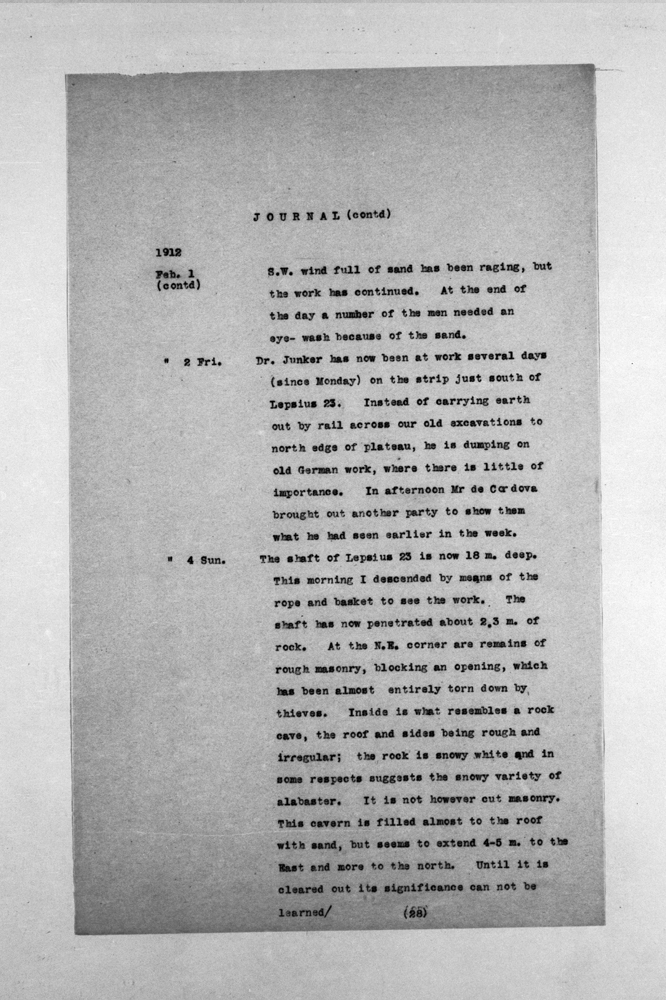 wind full of sand has been raging, but the work has continued. At the end of the day a number of the men needed an eye wash because of the sand.

Dr. Junker has now been at work several days (since Monday) on the strip just south of Lepsius 23 [= G 2000]. Instead of carrying earth out by rail across our old excavations to north edge of plateau, he is dumping on old German work, where there is little of importance.
In afternoon Mr. de Cordova brought out another party to show them what he had seen earlier in the week.

The shaft of Lepsius 23 [= G 2000] is now 18 meters deep. This morning I descended by means of the rope and basket to see the work. The shaft has now penetrated about 2.3 meters of rock. At the northeast corner are remains of rough masonry, blocking an opening, which has been almost entirely torn down by thieves. Inside is what resembles a rock cave, the roof and sides being rough and irregular; the rock is snowy white and in some respects suggests the snowy variety of alabaster. It is not however cut masonry. This cavern is filled almost to the roof with sand, but seems to extend 4 - 5 meters to the east and more to the north. Until it is cleared out its significance cannot be learned.