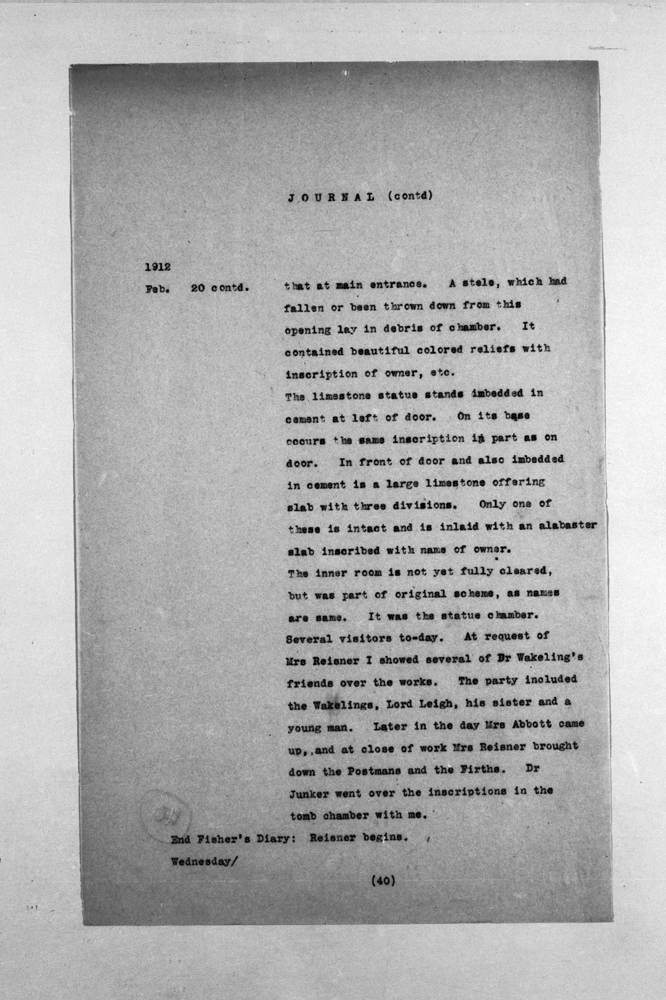 [G 2184 (continued)]
at main entrance. A stela, which had fallen or been thrown down from this opening lay in debris of chamber. It contained beautiful colored reliefs with inscription of owner, etc.
The limestone statue [MFA 12.1482, inscribed for Akhmerutnisut] stands imbedded in cement at left of door. On its base occurs the same inscription in part as on door. In front of door and also imbedded in cement is a large limestone offering slab with three divisions. Only one of these is intact and is inlaid with an alabaster slab inscribed with name of owner [MFA 12.1481]. The inner room is not yet fully cleared, but was part of original scheme, as names are same. It was the statue chamber.

Several visitors today. At request of Mrs. Reisner I showed several of Dr. Wakeling's friends over the works. The party included the Wakelings, Lord Leigh, his sister and a young man. Later in the day Mrs. Abbott came up, and at close of work Mrs. Reisner brought down the Postmans and the Firths.

Dr. Junker went over the inscriptions in the tomb chamber with me.