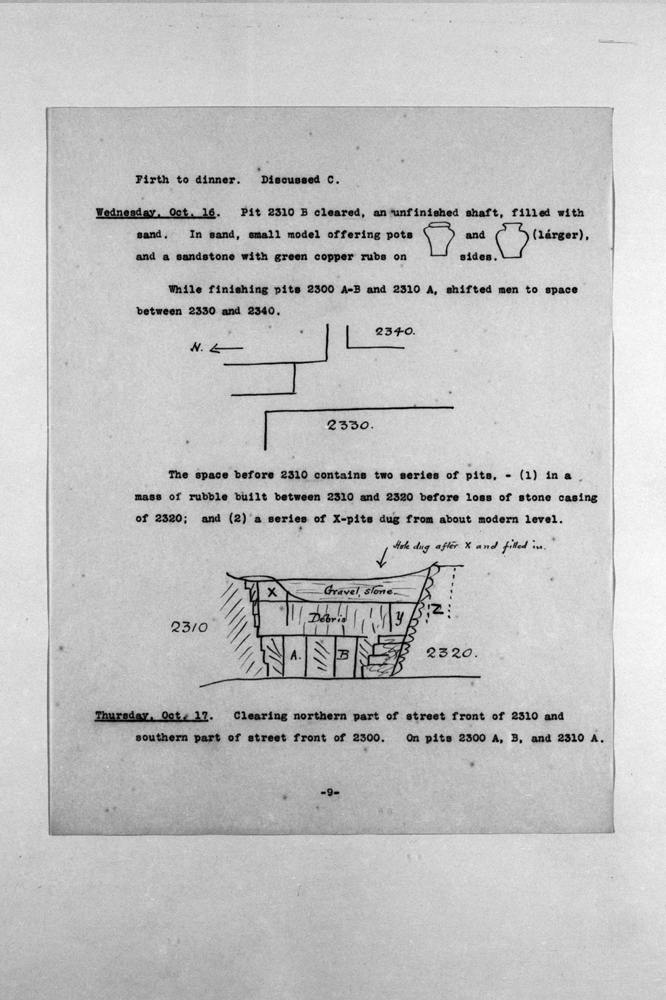 Pit G 2310 B [= G 5180 B] cleared, an unfinished shaft, filled with sand. In sand, small model offering pots [ILLUSTRATION] and [ILLUSTRATION] (larger), and a sandstone with green copper rubs on sides.