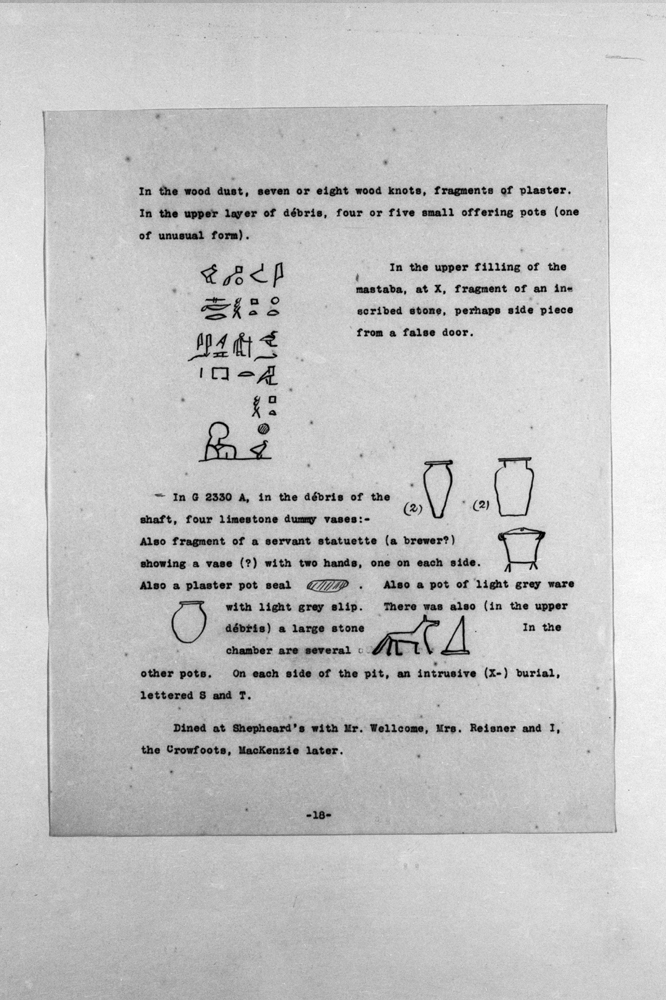 [G 2336 (continued)]
In the wood dust, seven or eight wood knots, fragments of plaster. In the upper layer of debris, four or five small offering pots (one of unusual form).

[ILLUSTRATION/GLYPHS] [Khuptah] In the upper filling of the mastaba, at X, fragment of an inscribed stone [12-10-25], perhaps side piece from a false door.

Dined at Shepheard's with Mr. Wellcome, Mrs. Reisner, and I, the Crowfoots, MacKenzie later.