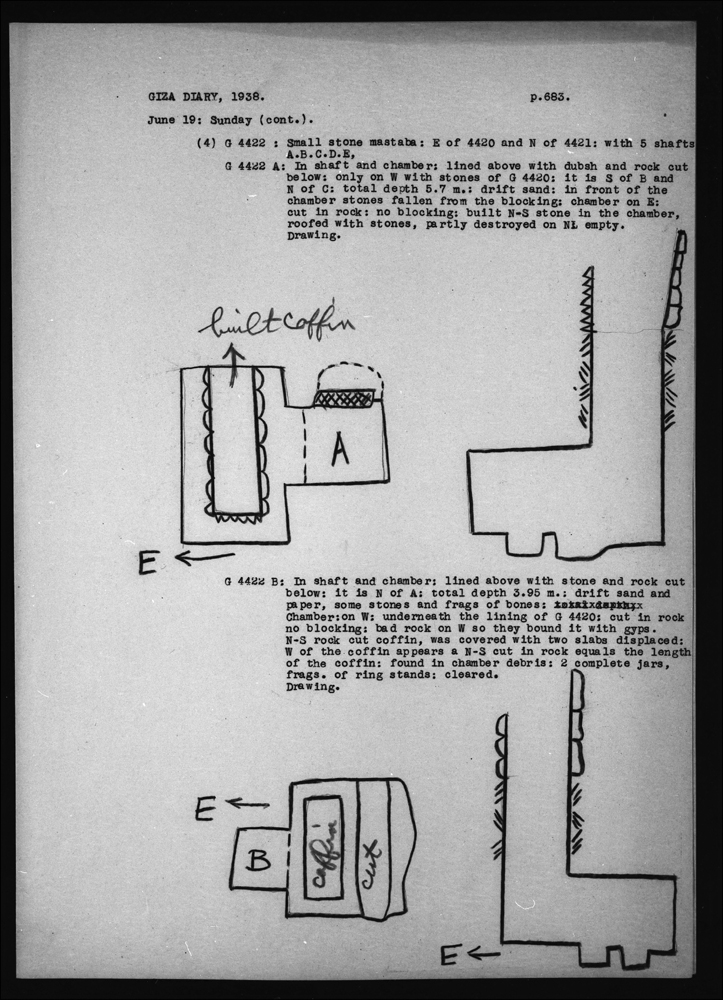 G 4422 A: In shaft and chamber. Lined above with dubsh and rock cut below. Only on west with stones of G 4420. It is south of B and north of C. Total depth 5.7 meters. Drift sand. In front of the chamber stones fallen from the blocking. Chamber on east. Cut in rock. No blocking. Built north-south stone in chamber. Roofed with stones. Partly destroyed on north. Empty. Drawing.

G 4422 B: In shaft and chamber. Lined above with stone and rock cut below. It is north of A. Total depth 3.95 meters. Drift sand and paper, some stones and fragments of bones. Chamber, on west. Underneath the lining of G 4420. Cut in rock. No blocking. Bad rock on west so they bound it with gypsum. North-south rock cut coffin. Was covered with two slabs displaced. West of the coffin appears a north-south cut in rock equals the length of the coffin. Found in chamber debris: two complete jars, fragments of ring stands. Cleared. Drawing.